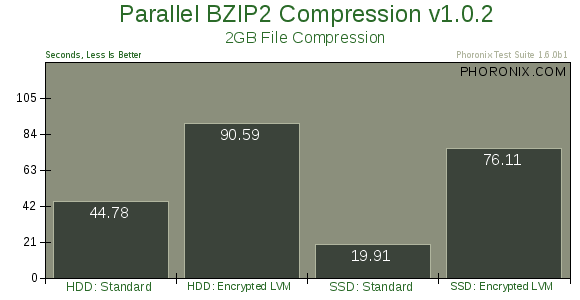 The OCZ Core Series v2 SSD finally started shining through when it came to Parallel BZIP2 Compression. Compressing a 2GB file with PBZIP2 was twice as fast using the OCZSSD2-2C30G over the MHZ2160BH when not dealing with an encrypted LVM. When using disk encryption the SSD was still faster than the 5400RPM HDD, but it wasn't twice as fast. 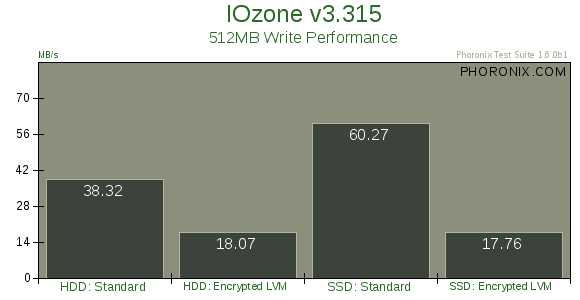 The 512MB write performance in the synthetic IOzone test was faster with the solid-state drive as expected, but it faltered when it came to running on an encrypted file-system. The 30GB OCZ SSD wrote at over 60MB/s in a standard partitioning layout compared to 38MB/s with the Fujitsu HDD, but the OCZ part dropped to writing at 17MB/s and the HDD was at 18MB/s. 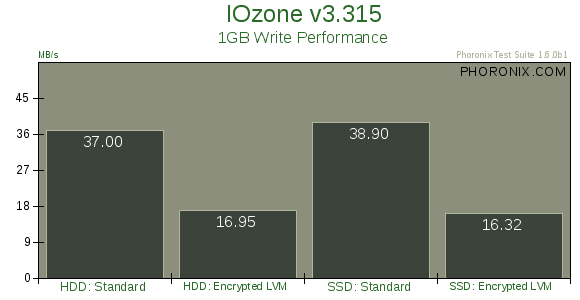 The SSD lost its performance advantage when increasing the write size to 1GB.