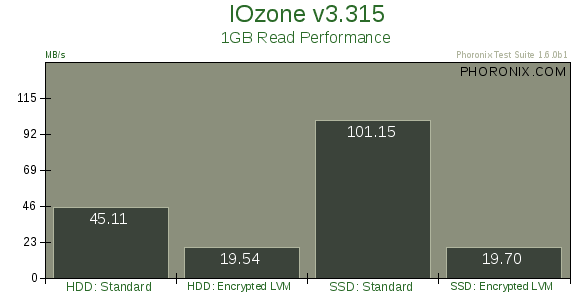 While the 1GB write performance wasn't strikingly fast on the SSD, the 1GB read performance through IOzone had results that are more pleasing. The average 1GB read with the MHZ2160BH was 45MB/s but it was at 101MB/s with the OCZSSD2-2C30G. Though again when using an encrypted LVM on both, the performance between the two disk types were nearly identical. 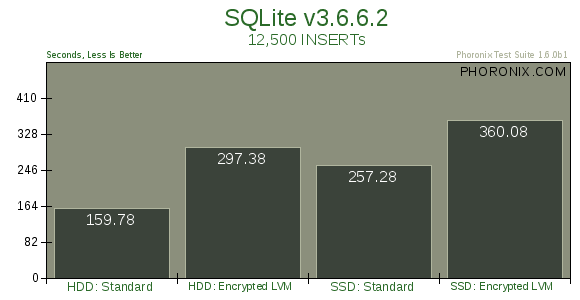 The SATA 2.0 HDD was much faster than the cheap OCZ SATA 2.0 SSD with our SQLite test at performing 12,500 database insertions. The HDD took roughly 40% less time than the SSD and about 18% less time when using an encrypted LVM.