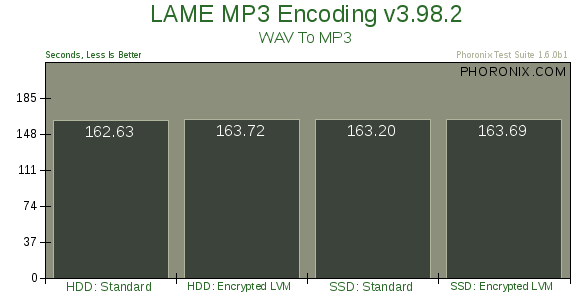 The LAME MP3 encoding test with measuring how long it took to encode a WAV file to an MP3, the performance was virtually the same across the HDD and SSD even when dealing with an encrypted LVM. The real bottleneck here is the Atom N270 CPU. 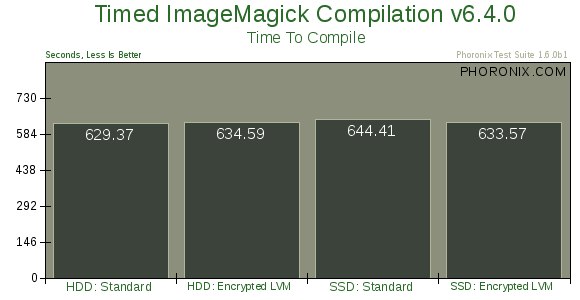 For the real-world test of measuring how long it takes to compile ImageMagick, the HDD was actually faster but by a very slim margin -- by only about 3%. Here again though it is the Atom N270 CPU that is being maxed out. 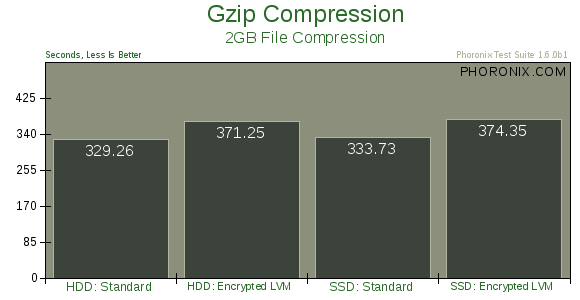 When measuring how long it took to compress a 2GB file using Gzip, the encrypted SSD and HDD took longer as expected, but both drives performed about the same.