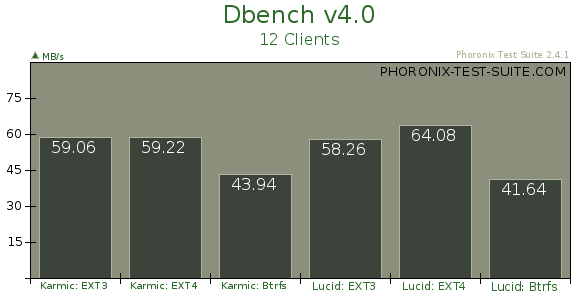 When running Dbench with 12 clients the EXT3 and EXT4 performance was the same under Ubuntu 9.10, but with Lucid the EXT4 file-system was found to be inching ahead. Btrfs ran behind EXT3 and EXT4 with twelve clients. 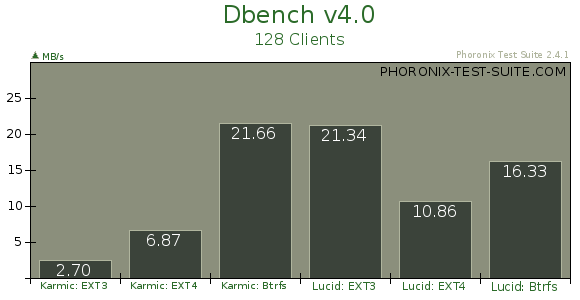 The Dbench results were particularly interesting when upping the client count to 128. Btrfs was three times faster than EXT4 and EXT4 was 2.5x faster than EXT3 under Ubuntu 9.10. With Ubuntu 10.04, however, EXT3 jumped to being the fastest file-system with 128 Dbench clients. The Btrfs numbers had dropped while the EXT4 numbers had improved slightly, but the EXT3 numbers wound up being many times faster. 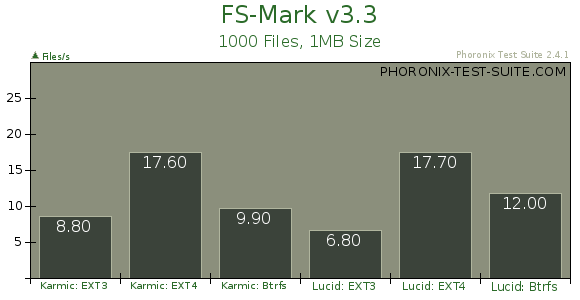 EXT4 was the fastest with FS-Mark using the 1000 Files, 1MB size test. 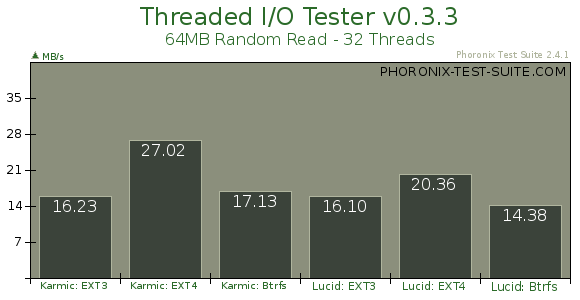 The EXT4 performance had negatively regressed between Ubuntu 9.10 and 10.04, but its lead was far enough ahead in the Karmic Koala that it is still the fastest in Lucid Lynx.