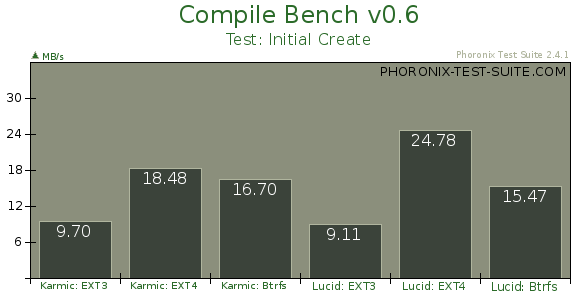 With the initial create test in the CompileBench test profile, the EXT4 file-system beat out EXT3 and Btrfs in both the Karmic and Lucid releases of Ubuntu. The EXT4 file-system was nearly twice as fast as EXT3 in Ubuntu 9.10 and with Ubuntu 10.04, it is looking like it will definitely be over twice as fast in this test. Btrfs was running right behind EXT4 in the Ubuntu 9.10 release, but it regressed slightly and could not match the EXT4 improvements found in this test with Lucid. 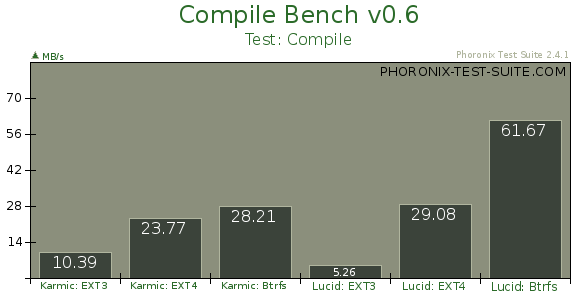 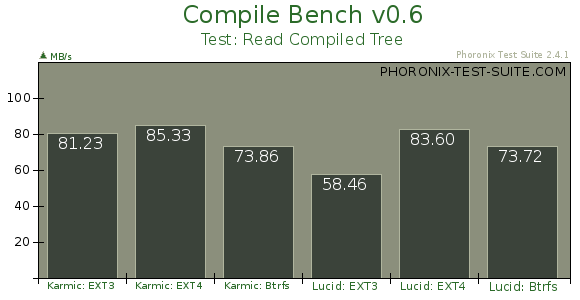 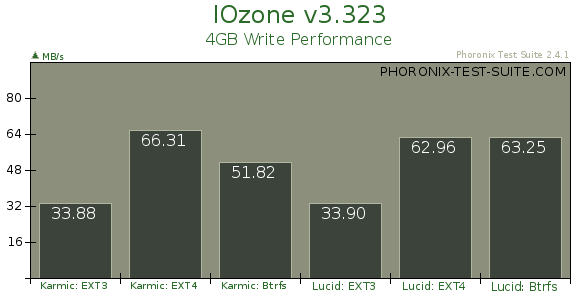 With the 4GB write test in IOzone, EXT3 was no match for either EXT4 or Btrfs. EXT4 was the fastest file-system with the IOzone 4GB write tests on Ubuntu 9.10, but with our Lucid Lynx snapshot the Btrfs pulled a slight lead over the evolutionary EXT4 file-system thanks to performance optimizations.