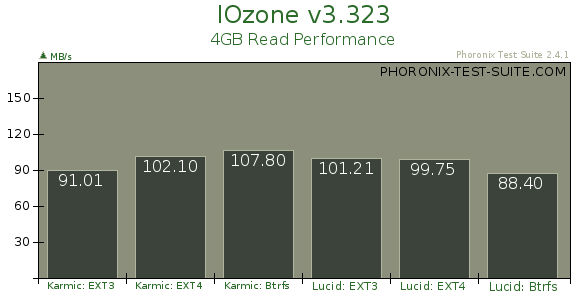 In the 4GB read test, Btrfs had the best numbers under Ubuntu 9.10 though its performance had dramatically regressed in this area with Ubuntu 10.04. In Ubuntu 10.04 though, EXT3 actually pulled a small but present lead over EXT4 with the 4GB reads. 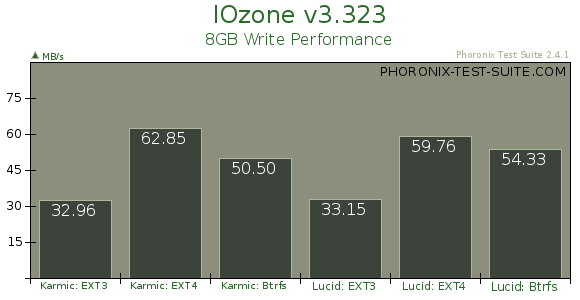 When doubling the write size in IOzone to 8GB, EXT4 and Btrfs continued to operate much faster than EXT4. Between Karmic and Lucid, however, the EXT4 numbers have a minor regression while Btrfs matured slightly into positive territory. 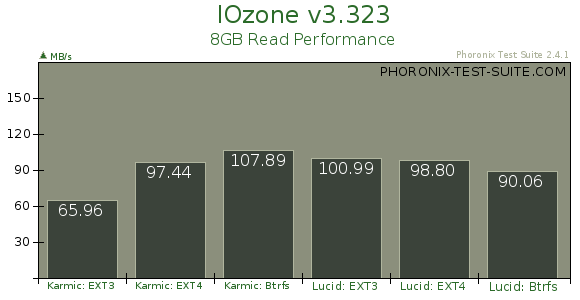 The 8GB reads is the same story as the 4GB reads.