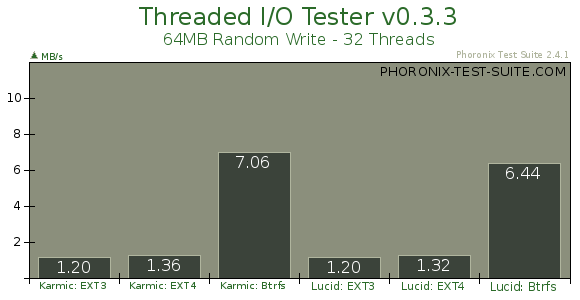 With 32 threads of 64MB random writes in the Threaded I/O Tester, Btrfs was many times faster than EXT3 and EXT4, which both had performed at around the same speed. 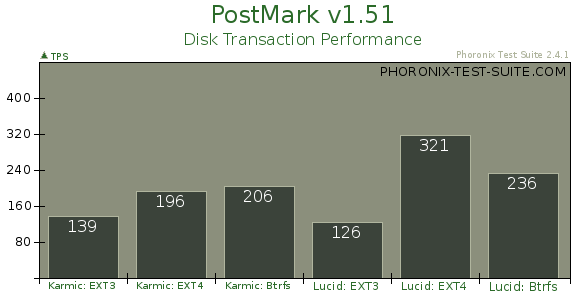 Under Ubuntu 9.10, the Intel Atom N270 netbook did the best with Btrfs and its numbers even improved with Ubuntu 10.04, but the EXT4 file-system had a much stronger boost that led it to a first place finish. 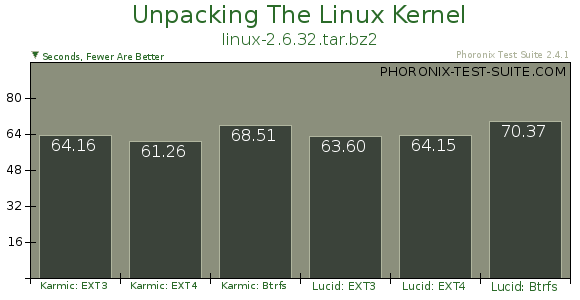 The performance between EXT3 and EXT4 was close at unpacking the Linux kernel linux-2.6.32.tar.bz2 file, but Btrfs was a bit slower.

More Linux file-system tests are on the way. You can conduct your own as well in your environment using the Phoronix Test Suite.