Written by Michael Larabel in Operating Systems on 15 January 2010. Page 7 of 7. 5 Comments 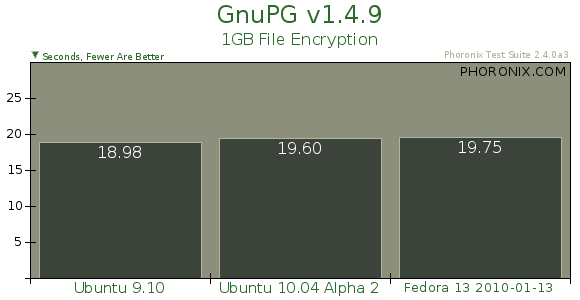 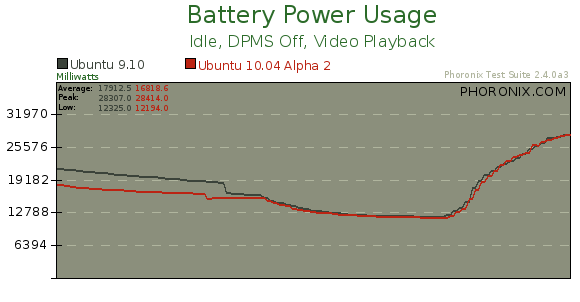 Looking at the battery power usage for this notebook when we switched it to run off of its 6-cell battery for this test, Ubuntu 10.04 Alpha 2 was more energy efficient than its predecessor. On average Ubuntu 10.04 Alpha 2 was consuming one Watt less, which happened as less energy was being consumed while the Lenovo ThinkPad T61 was idling but before the test had signaled the display to turn off via DPMS, which looks like Ubuntu 10.04 is just being more aggressive with dimming the display when on battery power and idling.

Overall, there are both good and bad performance improvements for Ubuntu 10.04 LTS Alpha 2 in relation to Ubuntu 9.10. Most of the negative regressions are attributed to the EXT4 file-system losing some of its performance charm. With using a pre-alpha snapshot of Fedora 13 and the benchmark results just being provided for reference purposes, we will hold off on looking into greater detail at this next Red Hat Linux update until it matures. You can run your own tests though if you wish using our open-source Phoronix Test Suite benchmarking platform.