Written by Michael Larabel in Operating Systems on 15 January 2010. Page 4 of 7. 5 Comments 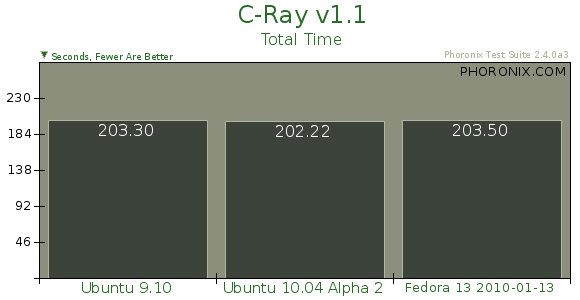 The C-Ray ray-tracing performance was close between all three distributions with no winner. 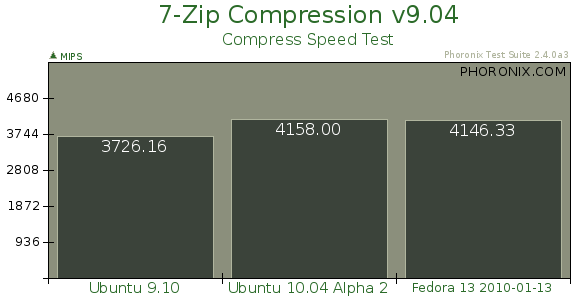 Ubuntu 10.04 Alpha 2 and our Fedora 13 snapshot both performed better than Ubuntu 9.10 at running the 7-Zip compression speed test. At this point in the Lucid Lynx development cycle it is producing approximately 15% more MIPS than under the Karmic Koala with the same hardware. 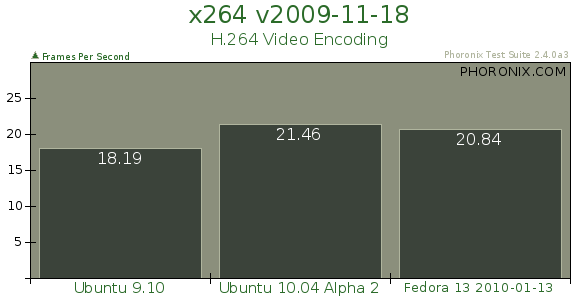