Written by Michael Larabel in Operating Systems on 15 January 2010. Page 2 of 7. 5 Comments 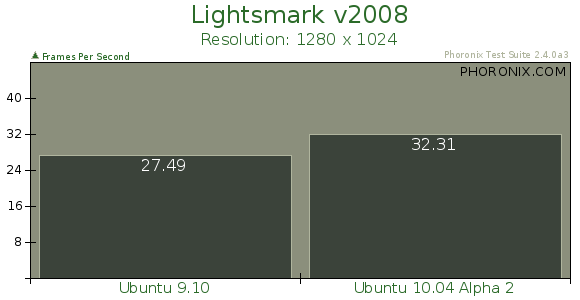 NVIDIA's binary driver had not worked properly with the Fedora Rawhide packages so the OpenGL / video tests were only carried out under Ubuntu 9.10 and 10.04 Alpha 2. The NVIDIA 190.53 driver was used in all cases to eliminate any binary driver differences and to just show any impact that other changes within the Linux stack had on the gaming / graphics performance. With Lightsmark, Ubuntu 10.04 Alpha 2 wound up being about 18% faster than the 9.10 release. 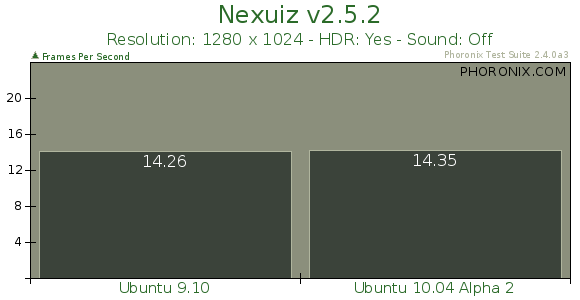 The popular Nexuiz game had ran at effectively the same speed between 9.10 and 10.04 Alpha 2. 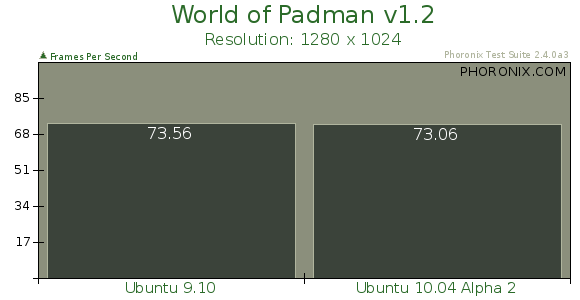 There were no performance differences either with the ioquake3-powered World of Padman.