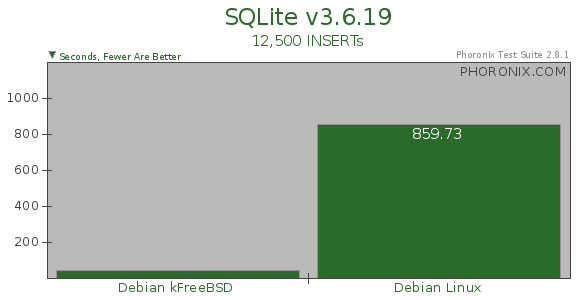 While the UFS file-system used by default on FreeBSD is not anything advanced and not nearly as rich as ZFS, UFS does outperform the Linux EXT4 file-system in some SQL database benchmarks we run such as SQLite. EXT4 in the Linux 2.6.32 kernel is many times slower than UFS on FreeBSD. 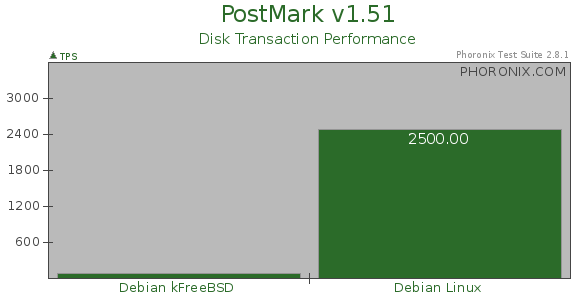 UFS may perform many times better than EXT4 with some Linux kernel releases in SQLite, but with PostMark the EXT4 file-system definitely carries the advantage. 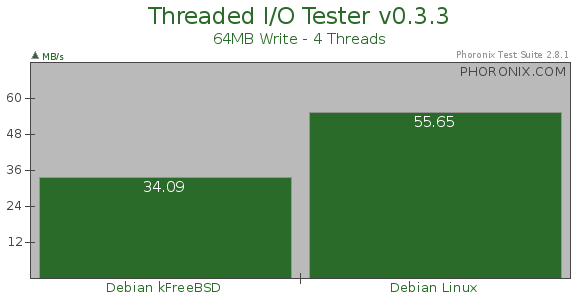 Linux with EXT4 was 63% faster when carrying out four threads of 64MB writes. 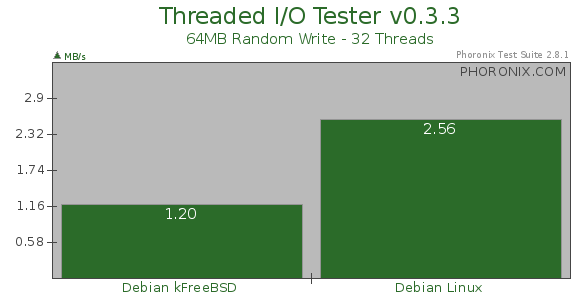