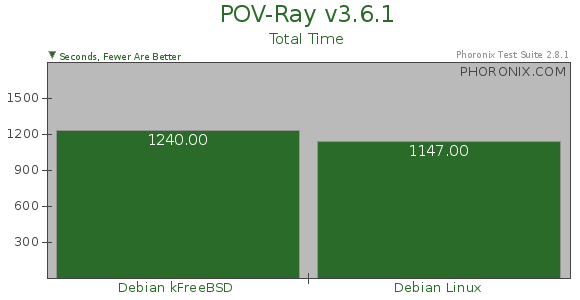 With the industry-standard POV-Ray ray-tracing benchmark, Debian GNU/Linux was faster by 7.5%. 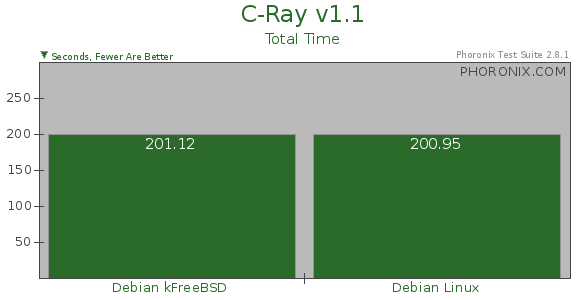 C-Ray, a multi-threaded ray-tracing engine, performed the same on both Debian GNU/Linux and Debian GNU/kFreeBSD when built with the same GCC 4.4.5 compiler. 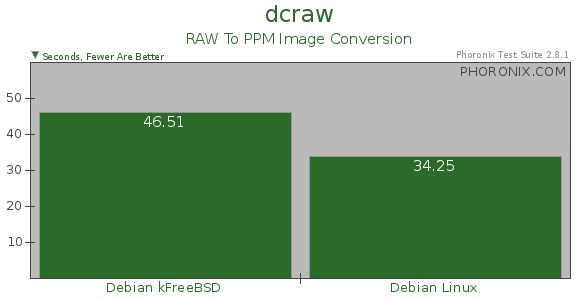 Debian GNU/Linux had an incredibly strong advantage of 27% over Debian GNU/kFreeBSD when running the dcraw image processing program. 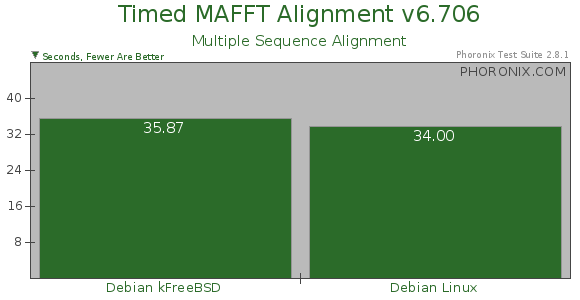 The MAFFT computational biology performance was close between the FreeBSD 8.1 and Linux 2.6.32 kernels.