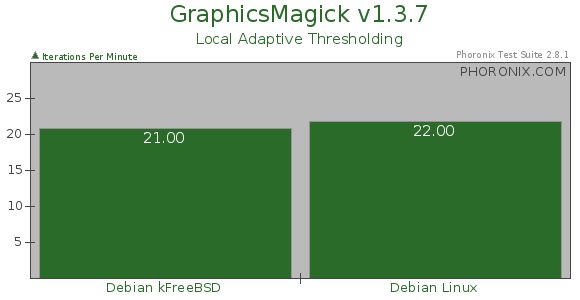 Debian GNU/Linux was attempting to edge itself higher with the OpenMP-enabled GraphicsMagick, but it did not get much further ahead than the Debian operating system with the FreeBSD kernel as its heart. 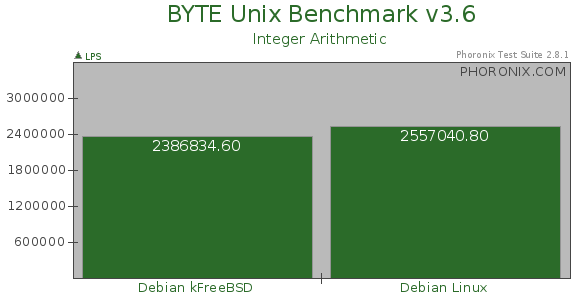 The integer arithmetic performance as measured via BYTE was slightly higher with the Linux kernel.

The Sudoku solving capabilities were slightly better with Debian GNU/Linux than Debian GNU/kFreeBSD. 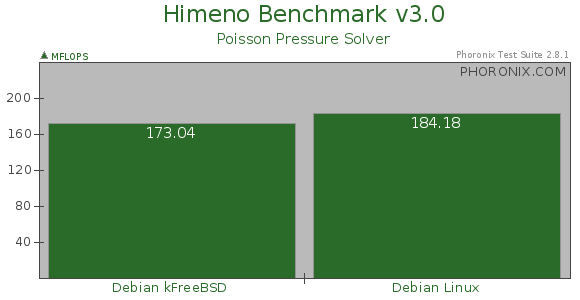 The Himeno pressure solver performance was also better with Linux.