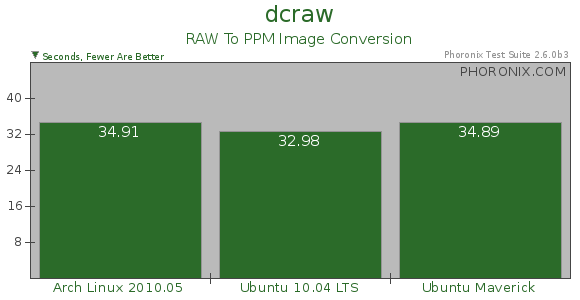 There was little fluctuation with dcraw between the Arch rolling-release distribution, Ubuntu 10.04 LTS, and the early Ubuntu 10.10 development packages. 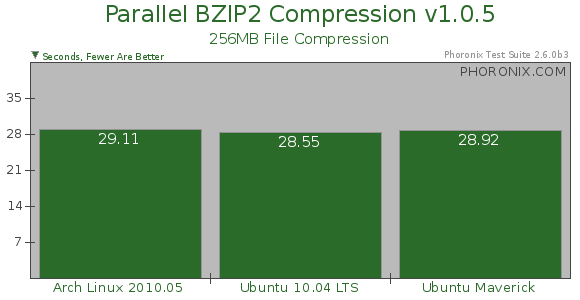 There's nothing interesting with the Parallel BZIP2 compression results. 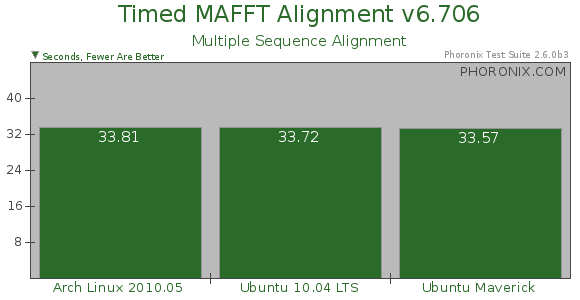 The MAFFT results were also the same.

While we often hear "Arch is faster than Ubuntu" and similar statements in our forums and via email comments, this really is not the case. At least when both Arch and Ubuntu are put in as much a stock configuration as possible to reflect the "out of the box" experience encountered by most users, the numbers shown on this Intel Core 2 Duo notebook show the performance to be about the same. The only time there were major swings in performance is when one distribution is using a compositing manager during the OpenGL testing and in some of the disk tests with the EXT4 file-system where its performance is known to sway a great deal between Linux kernel releases due to various changes talked about in other Phoronix articles. Of course, if you think differently or are using very different hardware, you can see for yourself in a reproducible way using the Phoronix Test Suite.