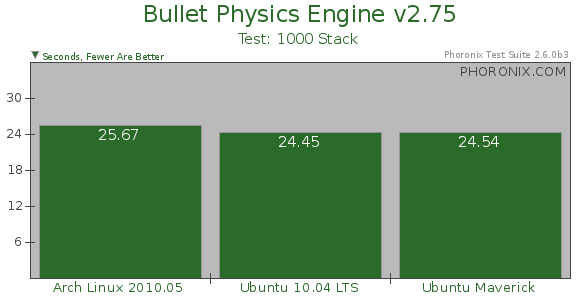 The Bullet Physics numbers are also not interesting. 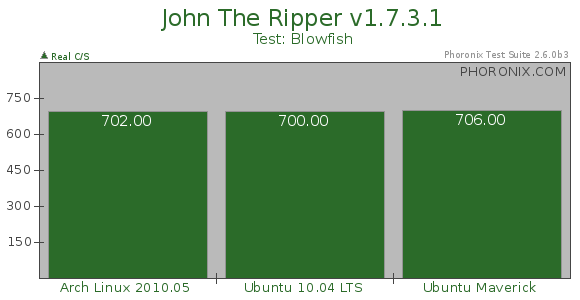 The Blowfish performance with John The Ripper was also the same across Arch, Ubuntu Lucid, and Ubuntu Maverick. 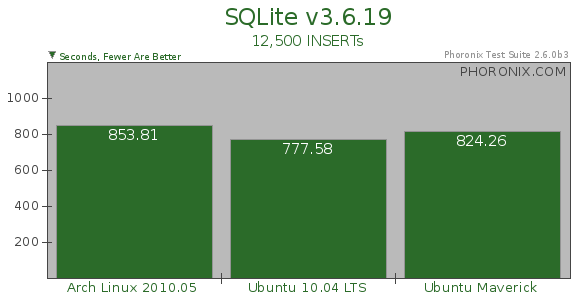 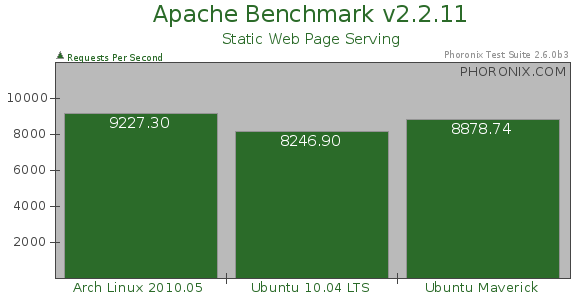 The Apache server performance fluctuated somewhat between the distributions, which again is likely due to just the EXT4 file-system differences between the recent kernel releases as we have talked about in many articles.