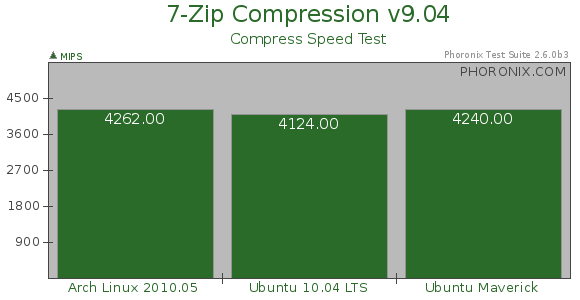 Beginning with the 7-Zip test, there was not a significant difference between Arch and Ubuntu. Ubuntu 10.04 LTS was slightly slower than Arch Linux 2010.05, but with Ubuntu Maverick the performance was right on par with Arch, which may be due to the kernel upgrade and running off the same GCC 4.5 compiler as Arch. 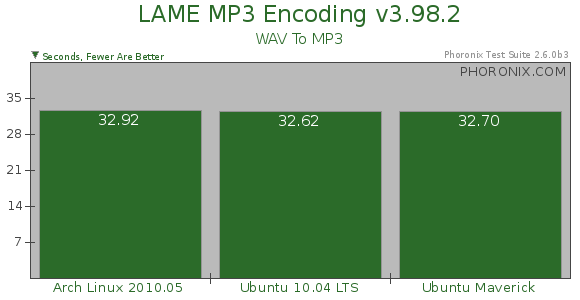 The LAME MP3 encoding performance was the same. 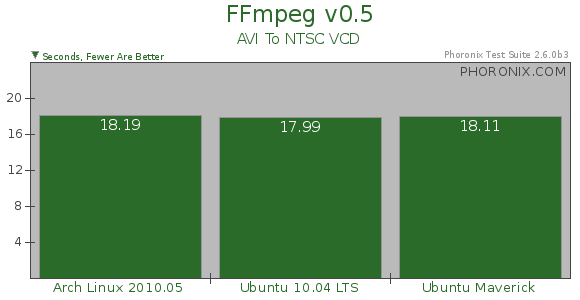 There is nothing interesting with the FFmpeg numbers either. 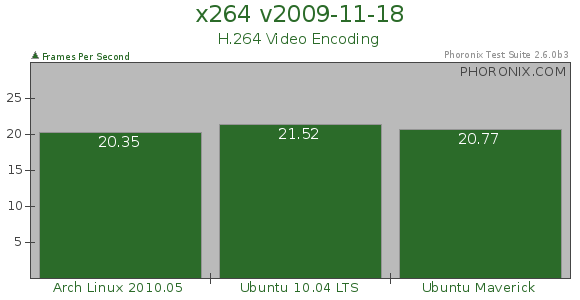 With x264, the performance was effectively the same, but the Ubuntu numbers were slightly higher.