PC-BSD 8.0 was released last week and while we have already delivered FreeBSD 8.0 benchmarks including against Debian GNU/kFreeBSD and Fedora / Debian / OpenBSD / OpenSolaris for which PC-BSD is based, we took this opportunity to deliver a fresh set of *BSD benchmarks. In this article we have benchmarks of PC-BSD 8.0 x64 against Kubuntu 9.10 x86_64. The Phoronix Test Suite is compatible with Linux, Mac OS X, OpenSolaris, and *BSD systems (and limited Windows support too at this time) and as such we used our open-source automated testing framework for running today's tests. 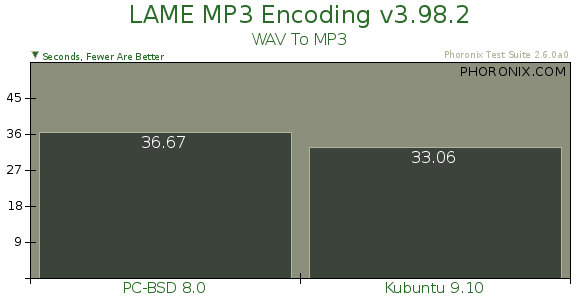 Starting our PC-BSD vs. Kubuntu benchmarking with LAME MP3 encoding, the Canonical OS came out slightly ahead of PC-BSD, but not by a very sizable margin. 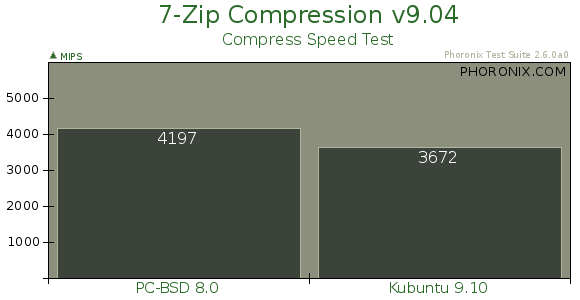 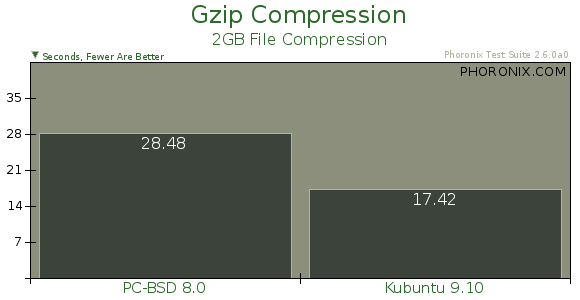 Compressing a 2GB test file was much quicker under Kubuntu 9.10 with the EXT4 file-system than PC-BSD 8.0 with UFS.