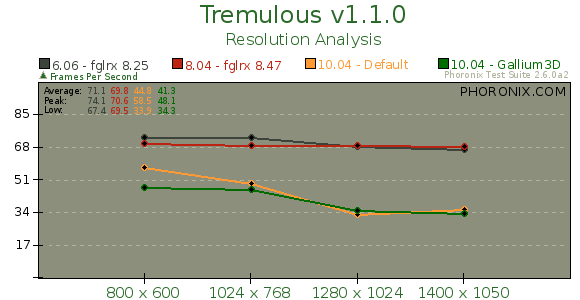 Gallium3D really did not have any benefits over the classic Mesa R300 driver with Tremulous. In fact, at 800 x 600 and 1024 x 768 resolutions the older driver was faster than the newer one on the Gallium3D architecture. Still, neither of these open-source drivers could compete with the older Catalyst / fglrx drivers with this ioquake3-powered game. 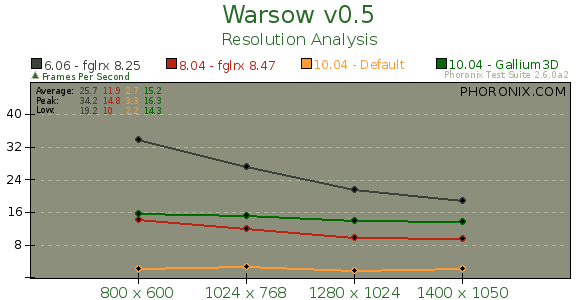 Gallium3D was able to shake things up with Warsow! With the classic R300 driver that is the default in Ubuntu 10.04 LTS, Warsow was completely unplayable while the closed-source Catalyst drivers were several times faster. Once Warsow was running with the Catalyst driver, the R300g Mesa 7.9-devel Gallium3D driver was actually faster than Ubuntu 8.04 with the fglrx 8.47 driver! This is roughly a two-year-old proprietary graphics driver. Though with this Warsow test is where there is a strange regression within Warsow where the four-year-old driver atop their ancient OpenGL code-base actually does better than newer driver releases. Nevertheless, an open-source community driver running better than Catalyst in one test may be a reason to celebrate.