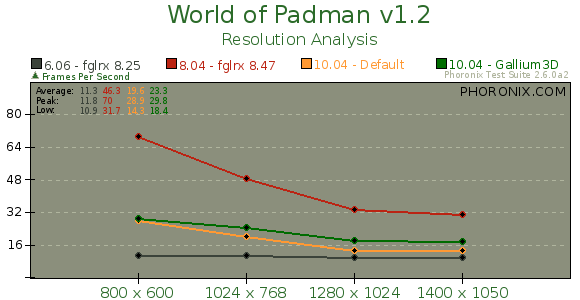 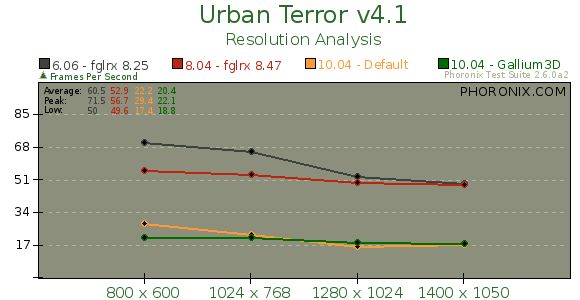 With Urban Terror there wasn't much difference between the classic Mesa and Gallium3D drivers for the Mobility Radeon X1400 atop Mesa 7.9-devel. The old Catalyst drivers were still significantly faster.

The results from Warsow were exciting to look at where the ATI Gallium3D driver was able to outperform a two-year-old ATI Catalyst driver, but unfortunately, these improvements were not to be found across the board. Additionally, the ATI Catalyst drivers will still run a much greater selection of games and applications than the Mesa OpenGL stack is even able to support at this time compared to this ioquake3 selection of games. At least things are improving and hopefully in the coming months we will have better news to report. We also hope to report on the R300g driver becoming the default R300/400/500 class Mesa driver in a forthcoming release.