Over the weekend the Linux 2.6.26 kernel was released. This quarterly update to the Linux kernel introduced Kernel-based Virtual Machine improvements, new One Laptop Per Child support, a new video web camera driver, updates to the Direct Rendering Manager, and other improvements. In this article we have done some quick benchmarks of this new kernel from within the Phoronix Test Suite.

The test system consisted of an Intel Core 2 Duo E6400 processor, ASRock ConRoe1333-DVI/H motherboard, Intel 945G integrated graphics, 2GB of DDR2 memory, and Seagate 200GB SATA hard drive. On the software side we were running Fedora 9 with X Server 1.4.99.901, GCC 4.3.0, and the other stock packages. Due to issues with this test system, we were only able to benchmark the Linux 2.6.25 and Linux 2.6.26 kernels from source. As a result, this isn't one of our in-depth articles, but we are simply providing these limited test results for those that are interested or comparing their system's performance using the Phoronix Test Suite. 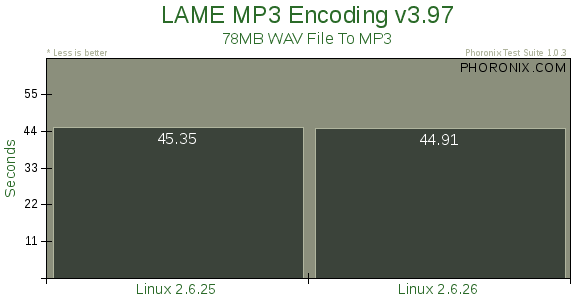 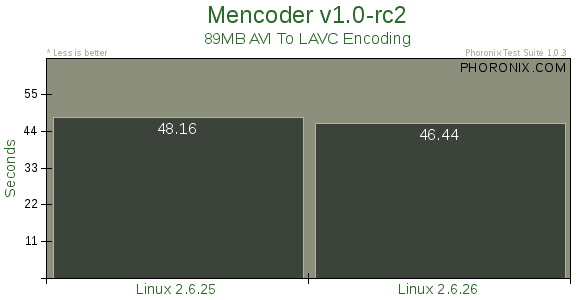