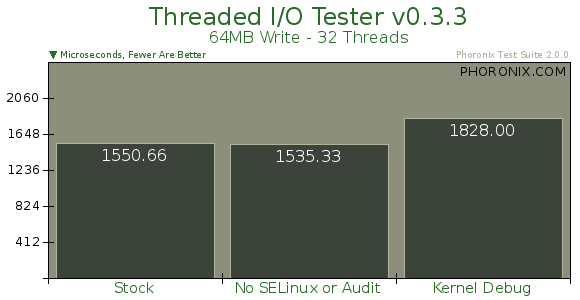 Using the kernel-debug package really affects the disk performance. With the Threaded I/O Tester for carrying out 64MB writes at 32 threads, the latency had jumped quite a bit when having to deal with the kernel debugging code. Disabling SELinux and Audit led just to a tiny performance improvement in this test. 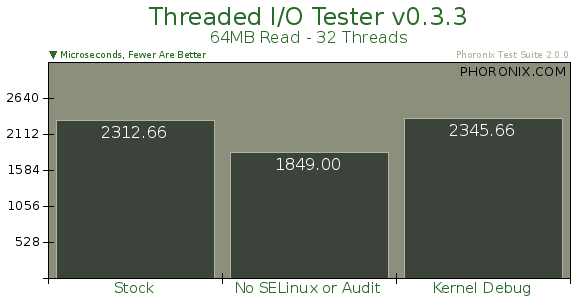 Disabling SELinux and Audit led to a better advantage when it came to disk reads, though the kernel debugging support led to a smaller loss over the stock F11 kernel. 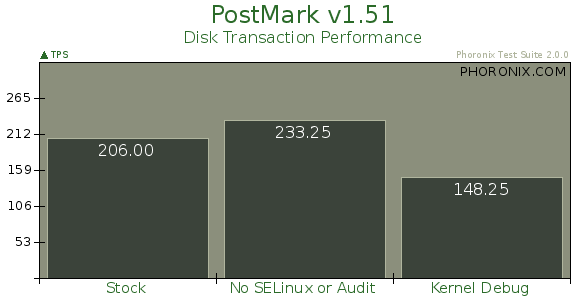