For easy comparison, below are graphs comparing the boot time and maximum disk throughput for Fedora Core 4 to Fedora 9 Rawhide. 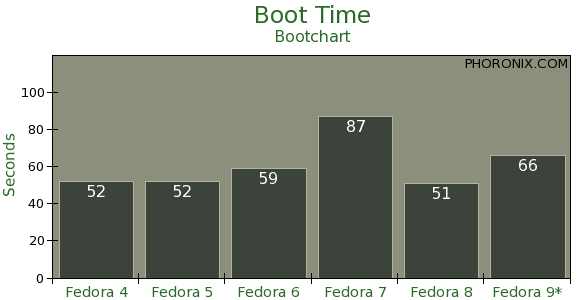 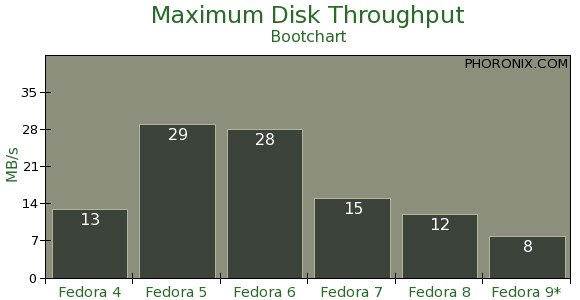 While Ubuntu's boot performance has been improving with each release, this hasn't exactly been the case for Fedora. The boot time has only remained the same and increase in some releases. However, between Fedora Core 4 and Fedora 9 there has been a lot of reform within this camp that lives on the leading edge of Red Hat technologies and the merging of the Core and Extras repositories. Fedora 8 takes about twice as long as Ubuntu 7.10 to boot on the same notebook, but Fedora starts up by default with many more processes. Right now Fedora 9 Rawhide is booting slower than Fedora 8, but by the time Fedora 9 "Sulphur" is released we expect its boot time will decrease.