Written by Michael Larabel in Display Drivers on 26 December 2005. Page 5 of 5. Add A Comment 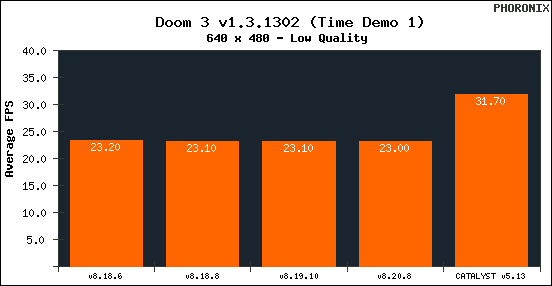 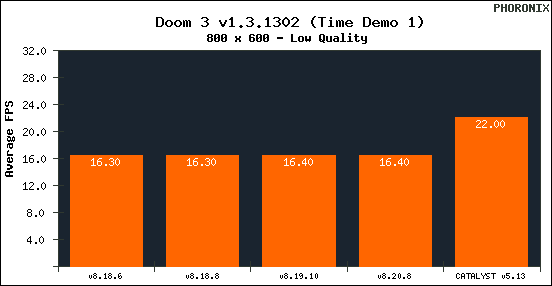 Certainly there is room for ATI to improve its Linux drivers in 2006. From the Linux drivers we tested, there was not much in the way of direct frame-rate improvements as the drivers progressed. As always a great deal of Linux bugs were addressed in addition to appending some enticing features in these various versions. However, there was a distinguishable difference between the latest ATI Linux and Windows driver builds using the Mobility RADEON X300. Of course, this is not to say NVIDIA is set as they have roughly the same amount of work ahead of them if they wish to have their Linux and Windows drivers running on the same playing field. We certainly hope in 2006 ATI's Linux development team will be able to continue in their timely releases with sizable updates. In addition to the frame-rate improvements, we hope to see improvements in aticonfig and its graphical control panel, we are also awaiting Linux support for its X1000 series. As always, we will cover all of these Linux GPU launches as they occur.