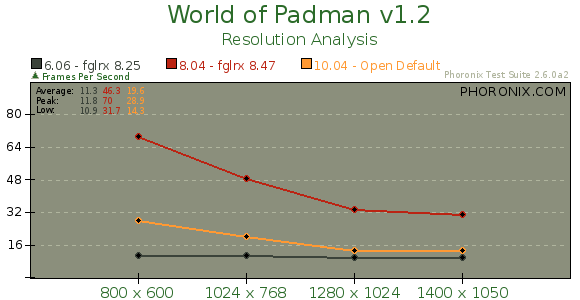 Finally, with our World of Padman benchmark we see the open-source Linux graphics stack in Ubuntu 10.04 outperforming the four-year-old proprietary ATI Linux driver. While the Lucid stack is faster than fglrx 8.25, it was still much slower than fglrx 8.47. 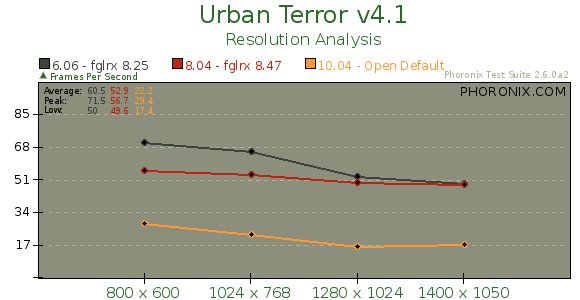 It is rather unfortunate that the open-source Linux graphics stack still has not caught up to even a four-year-old ATI Catalyst driver in terms of performance. Though we do know that the performance will improve with Gallium3D as our ATI Gallium3D benchmarks have shown, so right now we are carrying out new Gallium3D tests on the ThinkPad T60 with the Radeon X1400 to see how the numbers change.