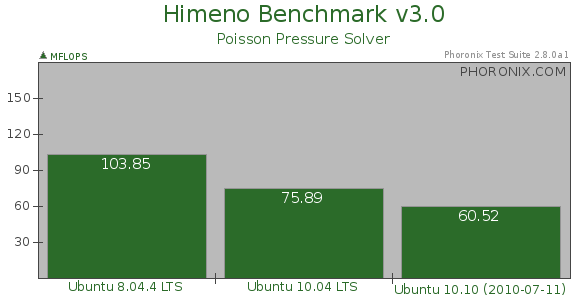 The HIMENO Poisson Pressure Solver is also running more slowly on the newer Ubuntu releases and it's even dropping further with the Ubuntu 10.10 (Maverick Meerkat) development code. 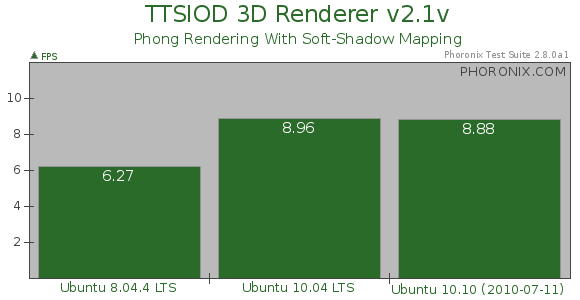 Ending out our tests we have the CPU-driven TTSIOD 3D Renderer where the performance improved measurably between Ubuntu 8.04.4 and 10.04.

Most of the performance changes in the disk-driven tests are largely due to Ubuntu switching over to the evolutionary EXT4 file-system by default, but of some concern in the other tests is the performance regressions found with the ATI Radeon HD 9200 (R200) series graphics performance that is about half of where it was running with the open-source driver stack just two years ago and then in CPU tests like TTSIOD and Himeno there are some concerning regressions to those with older PC hardware. More tests are on the way along with looking at the performance from each Ubuntu release rather than just the most recent LTS and development builds.