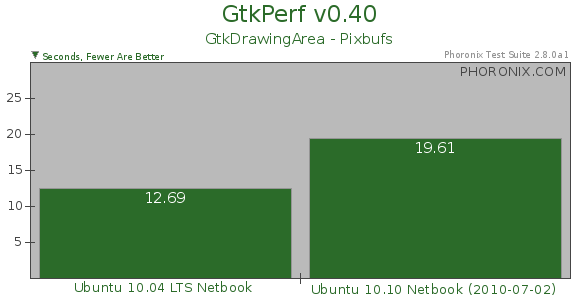 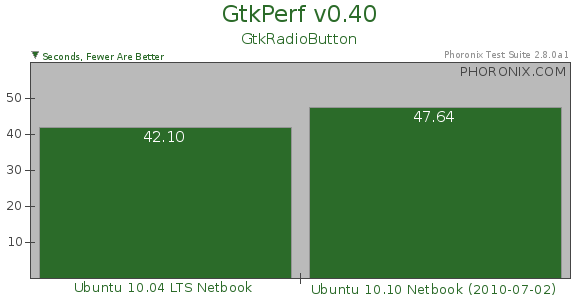 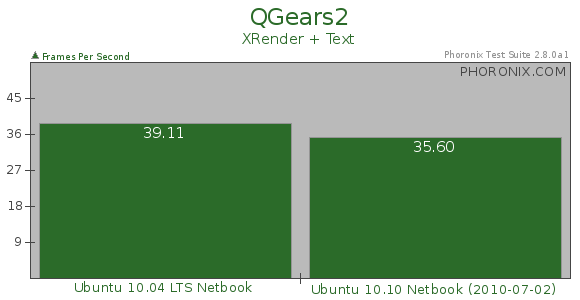 Overall, Ubuntu 10.10 Netbook at this point in its development cycle is running faster than Ubuntu 10.04 Netbook. This Maverick Meerkat edition of Ubuntu Netbook also brings the new Unity desktop interface and other improvements, however, right now it does appear that Ubuntu 10.10 is consuming more power than its predecessor is particularly because the CPU usage is higher. Hopefully this issue will be resolved prior to the October release of Ubuntu 10.10. We will continue running benchmarks as the development progresses. We also continue to benchmark the latest Ubuntu daily packages at ubuntu-tracker.phoromatic.com.