From Dapper To Lucid, Four Years Of Ubuntu Benchmarks 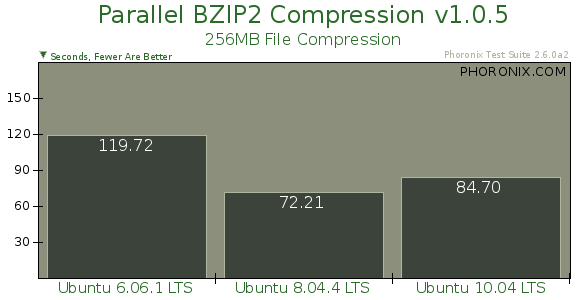 The Parallel BZIP2 compression performance has also improved with time due to 32-bit SMP kernel in Hardy Heron, but then it's regressed with the Lucid Lynx, which may put EXT4 at fault. 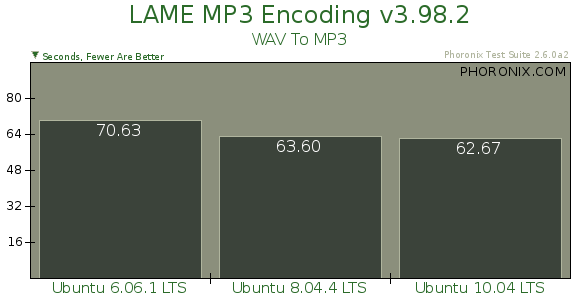 LAME MP3 encoding improved slightly between Dapper and Hardy, but has flat-lined with Lucid. The small change in performance for this CPU-bound test may be due to GCC optimizations found in later releases. 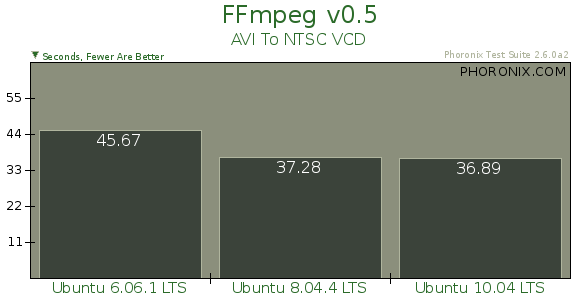 The FFmpeg results tell the same story as our LAME MP3 encoding. 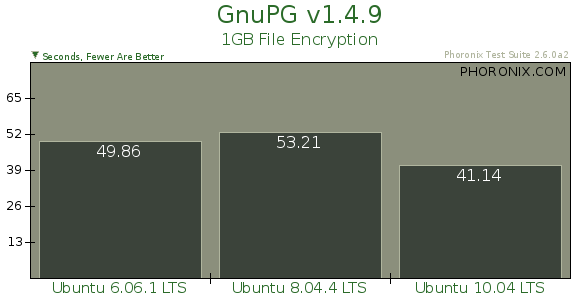 The GnuPG file encryption performance showed a regression between 6.06.1 and 8.04.4, but that was cleared up with Ubuntu 10.04 LTS where it is now running nearly 18% faster than it started out with in Dapper Drake.