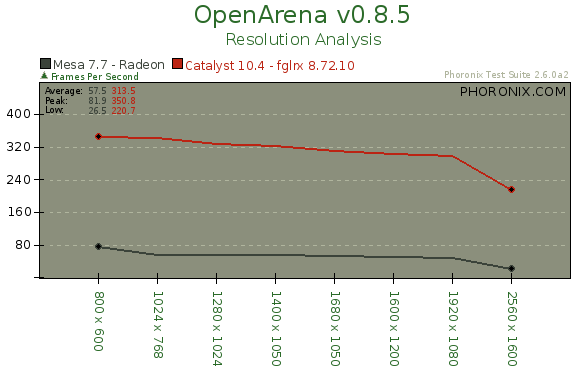 Running the ioquake3-powered OpenArena game the frame-rate for Catalyst 10.4 was more than 300 frames per second while with Mesa 7.7 it averaged out to 57 FPS and its peak was at 82 FPS when at 800 x 600. When running OpenArena and the other ioquake3-era games, the CPU is the bottleneck for the performance with AMD's proprietary ATI driver. 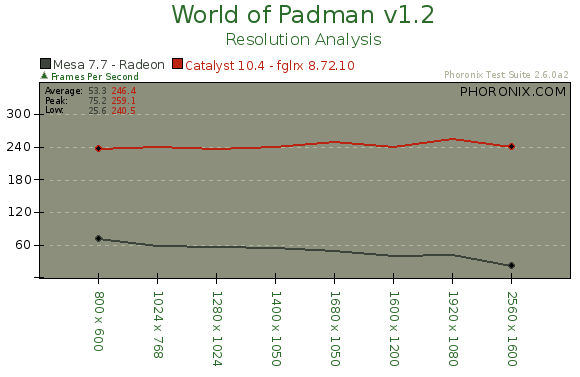 Again, World of Padman exhibited that the Radeon DRI driver is no performance match for the current Catalyst release. 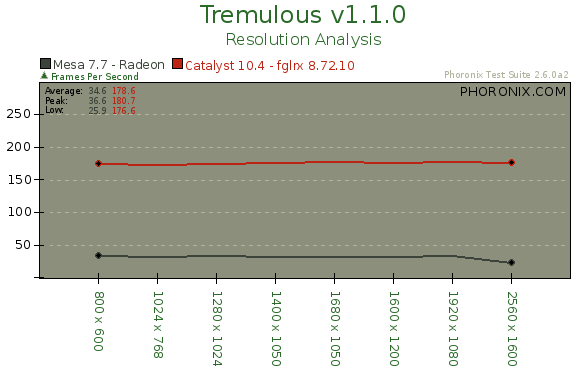