Written by Michael Larabel in Operating Systems on 9 December 2009. Page 3 of 4. 27 Comments 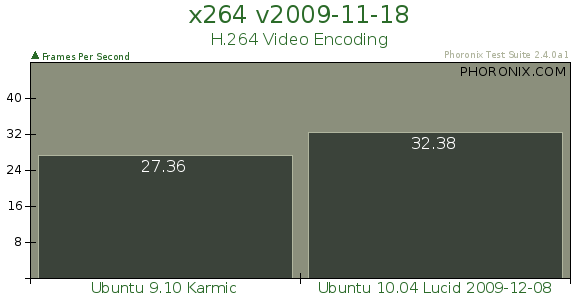 Many of the performance regressions found in Ubuntu 10.04 thus far have been negative, but here is a positive one with the x264 video encoder. Our x264 test profile had an average FPS of 27 under Ubuntu 9.10, but this increased to 32 with our daily snapshot of Ubuntu 10.04. In the Linux 2.6.32 kernel are a few scheduler improvements and other optimizations that are helping this popular video project. 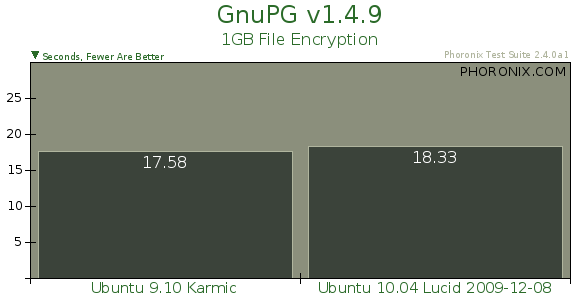 The GnuPG file encryption performance was close between Karmic and Lucid, but as of the packages from at least yesterday, it is running slightly slower. This GnuPG performance delta though is not bad compared to some of the other performance drops. 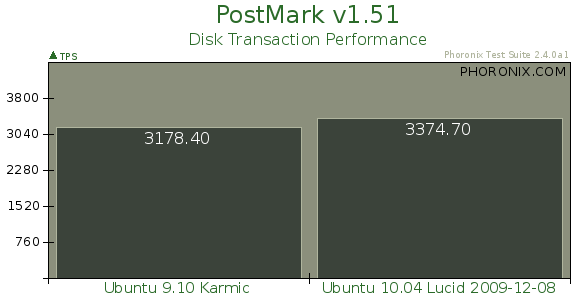 While most disk operations are running slower with Lucid than Karmic, with the PostMark test profile the overall number of transactions per second was greater under this still-in-development Linux distribution. This was a nice 6% improvement in performance.