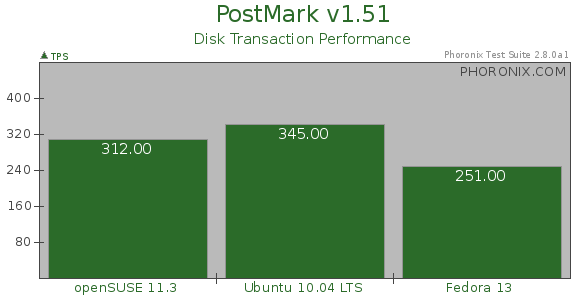 While all three Linux distributions use the EXT4 file-system by default on new installations, the disk performance is different between the three as the EXT4 kernel module continues to actively change between kernel releases. Ubuntu 10.04 LTS exhibited the best performance with it having the oldest kernel of the three, but openSUSE 11.3 came in second, which was well in front of Fedora 13. 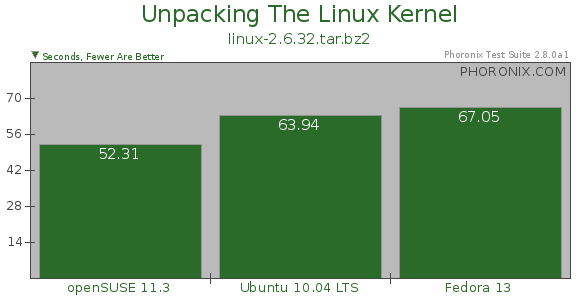 With measuring the time to unpack the Linux kernel source-code, openSUSE 11.3 was the fastest. 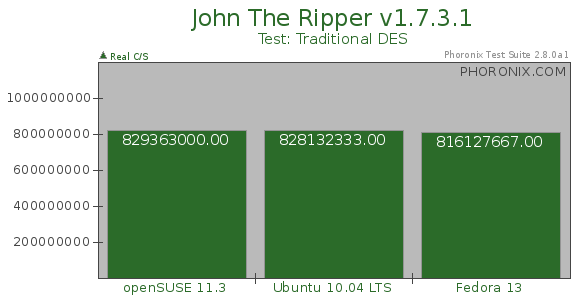 The John The Ripper results were close between the three.