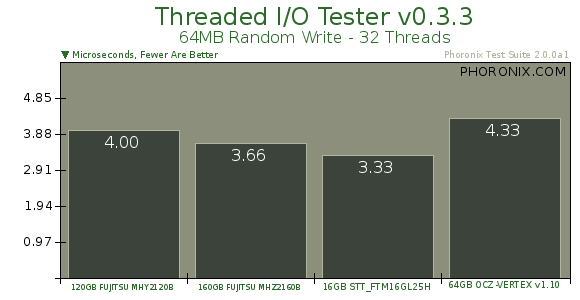 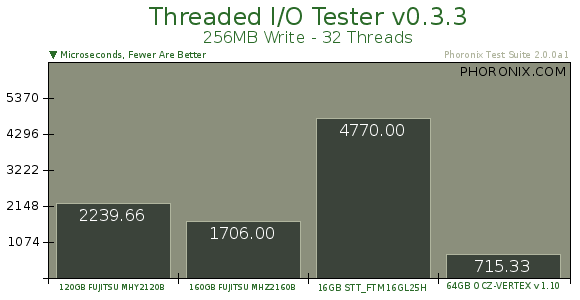 Our next test using the PTS-based Threaded I/O Tester was with 256MB writes at 32 threads. The OCZ MLC solid state drive returned to its first place position here with a time of 715 microseconds, which was more than twice as fast as the Fujitsu 160GB and three times as fast as the Fujitsu 120GB. The OCZ Vertex time was nearly seven times better than that of the 16GB Super Talent SATA 2.0 SSD. 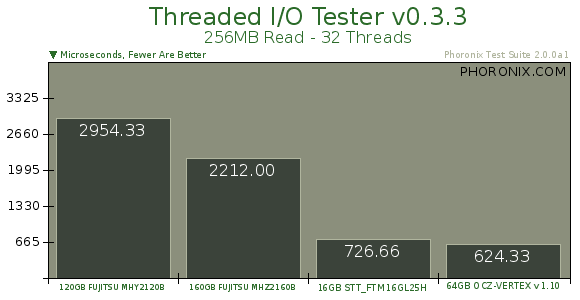 In our final test we switched over from 256MB writes to 256MB reads. The OCZ Vertex ended out in first place while the Super Talent drive did much better at reading than writing, with a second place finish. The 256MB reads were much faster with solid state drives than with the 5400RPM 2.5-inch hard drives.