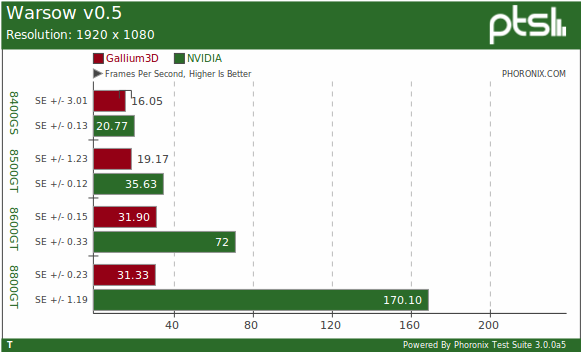 The Warsow test results weren't as favorable to the Nouveau Gallium3D driver as the Nexuiz game, but still this community-created driver atop the Mesa / Gallium3D architecture held its ground for the less-powerful GeForce 8 hardware. The GeForce 8400GS remained very close to the NVIDIA binary driver while the 8500GT was at 54% the speed, the GeForce 8600GT dropped to 43% the speed of the official driver, and the GeForce 8800GT was then at 18% the speed. There appears to definitely be some CPU bottlenecks within the Nouveau driver, but for the lower-end NVIDIA GPUs these results remain promising. 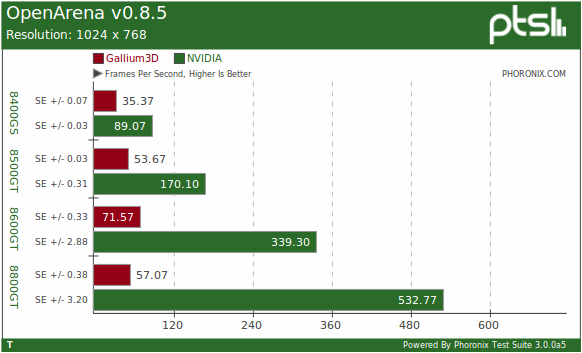 With OpenArena is where the proprietary NVIDIA driver began to separate it from the Gallium3D driver. While the NVIDIA blob was 4.77x faster than the Gallium3D driver was, all of the GeForce 8 GPUs produced a playable frame-rate for this game at 1024 x 768.