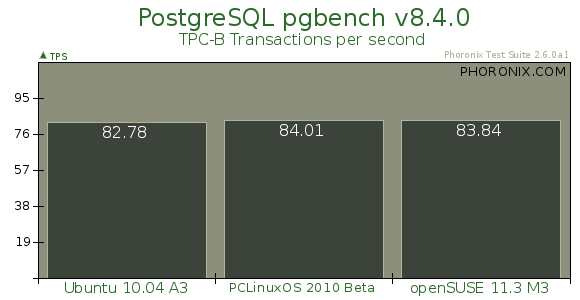 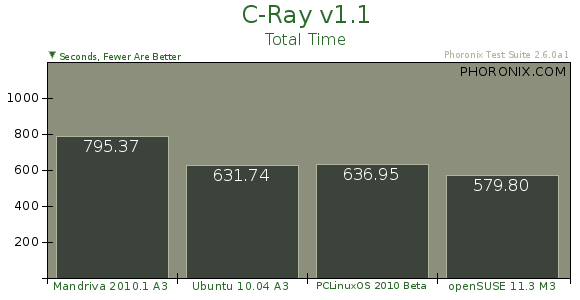 C-Ray was fired up as a ray-tracing benchmark and here Mandriva 2010.1 Alpha 3 was taking significantly longer to run than the rest of the competition. openSUSE 11.3 Milestone 3 produced the best result for C-Ray. 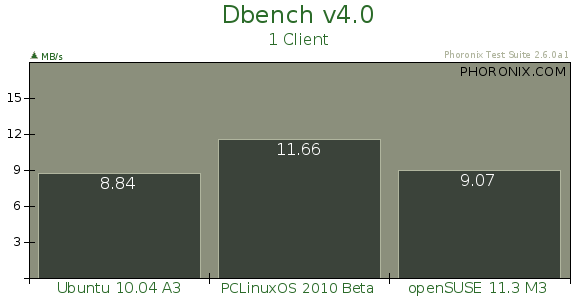 Between Ubuntu, PCLinuxOS, and openSUSE, the PCLinuxOS operating system was the fastest with the Dbench disk test. 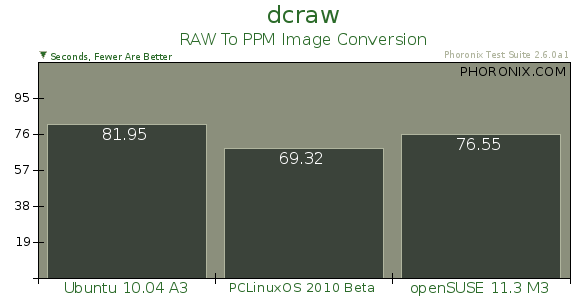 Ending out today's Linux testing was dcraw where PCLinuxOS again did the best followed by openSUSE and then Ubuntu. Results for Mandriva were not available.