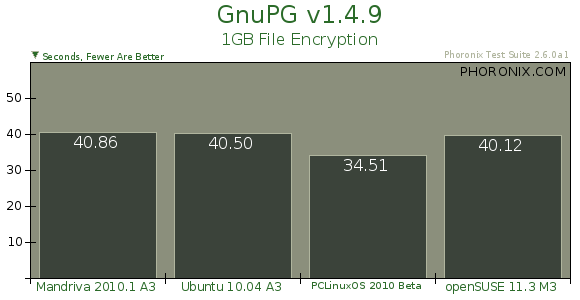 PCLinuxOS took the gold when it came to encrypting a 1GB sample file using GnuPG. Mandriva, Ubuntu, and openSUSE each took 40 seconds to encrypt the file, but PCLinuxOS managed to come in at 34 seconds, potentially due to its use of BFS and other optimizations. To reiterate, all four Linux distributions use the EXT4 file-system by default. 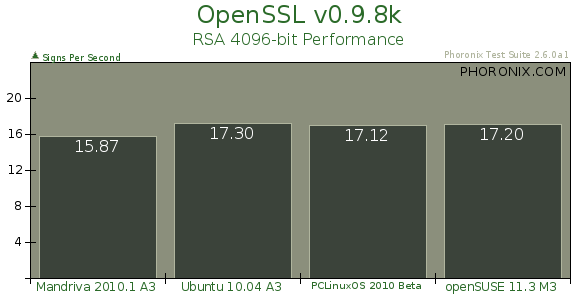 Mandriva lagged behind the competition a bit, but for the most part the OpenSSL RSA 4096-bit signing performance was the same across the testing spectrum. 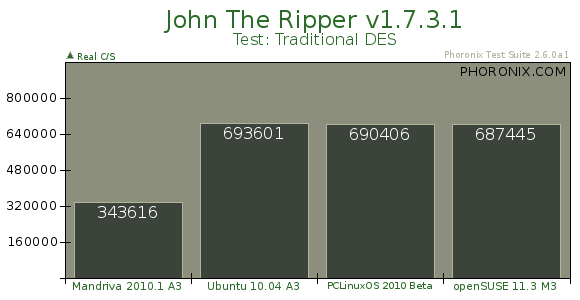 Mandriva Linux 2010.1 Alpha 3 really took a dive when it came to running the Traditional DES test with John The Ripper. In fact, Ubuntu, PCLinuxOS, and openSUSE were all more than twice as fast as Mandriva. 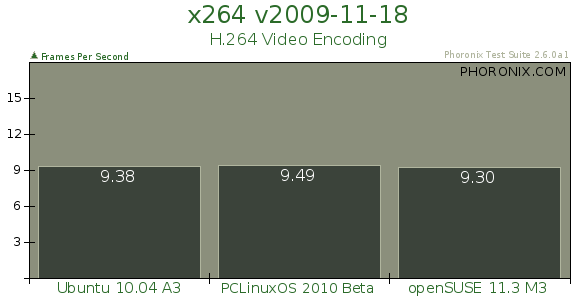 Mandriva would not successfully run with x264 or PostgreSQL, but when it came to the x264 performance the numbers were flat across the board.