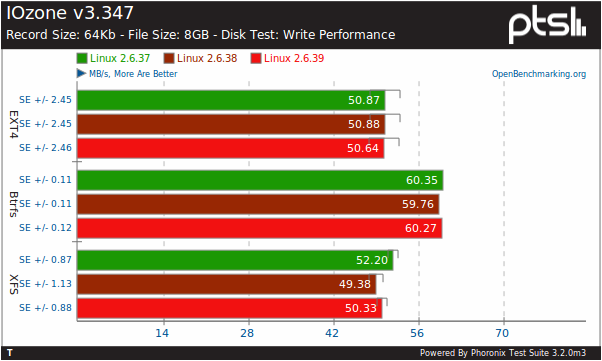 The 8GB IOzone write performance also did not really see any major changes. 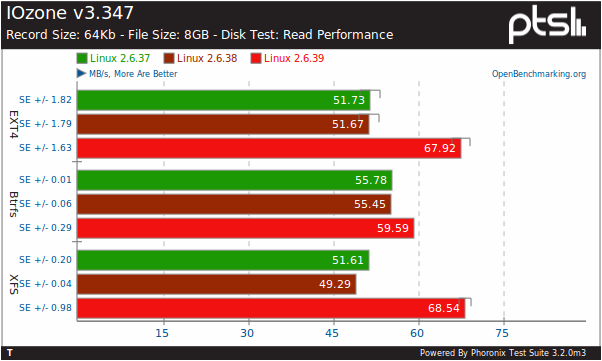 Between XFS, EXT4, and Btrfs, the XFS file-system had improved the most in the Linux 2.6.39 kernel at least as far as the stock mount options are covered. However, in areas where XFS had improved the most, the difference did not push the mature file-system ahead of the evolutionary EXT4 or revolutionary Btrfs file-systems. With Dbench, for example, there was a 20% performance improvement but that still leaves this file-system at roughly half the speed of EXT4/Btrfs on the same kernel with stock mount options. The FS-Mark no sync/fsync enforcing tests where the XFS performance nearly doubled, simply puts its new numbers in line with the existing Btrfs performance. While this may not make XFS a new winner, the 2.6.39 improvements should please those that have long been on the XFS file-system and continue to depend upon it for its reliability or until Btrfs has become more mature.

Of course, each file-system can be tuned as well. With Btrfs there is transparent Gzip/LZO compression support, the space cache option, SSD optimizations, and other features. The results shown today can be found on OpenBenchmarking.org.