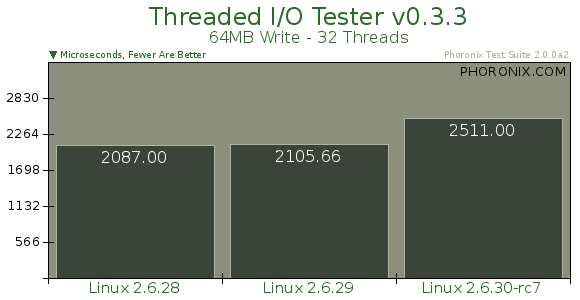 With the Threaded I/O Tester when using 64MB writes with 32 threads, the latency actually increased when using the Linux 2.6.30-rc7 kernel. The time was worse by 19%! 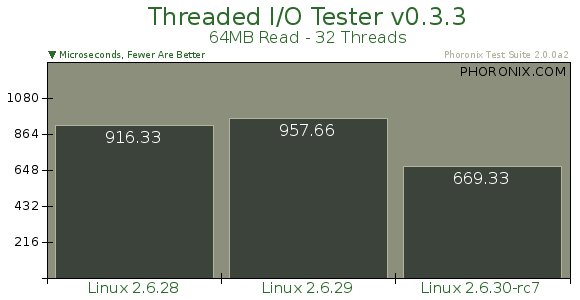 While the 64MB write latency was higher, the 64MB read time for the Threaded I/O Tester actually improved with the newest kernel. The Linux 2.6.30-rc7 kernel performance was better than Linux 2.6.29 by 30%. 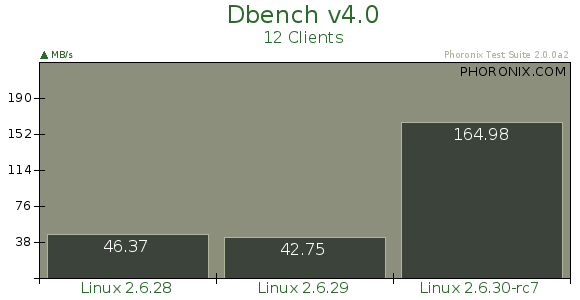