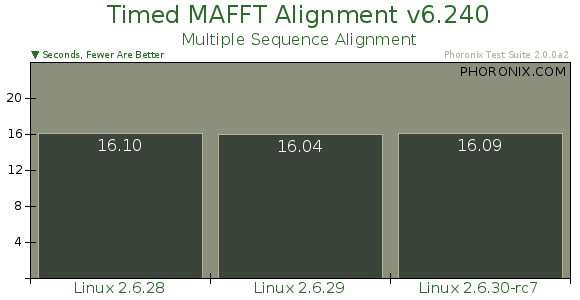 No major changes were found with the timed MAFFT multiple sequence alignment between the tested kernels. 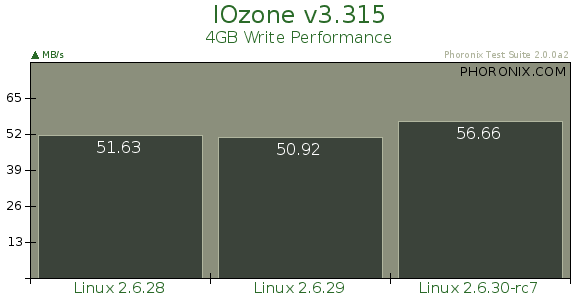 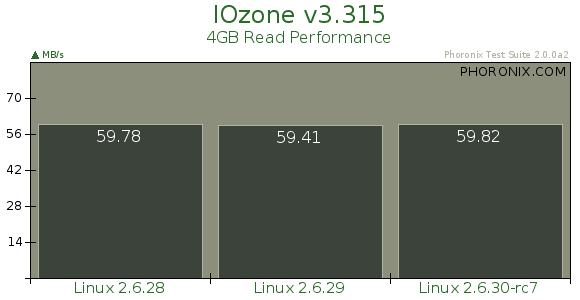 While the 4GB write performance improved on Linux 2.6.30, the 4GB read performance was unchanged.