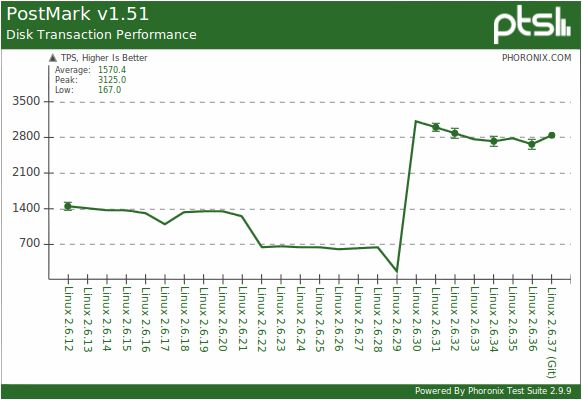 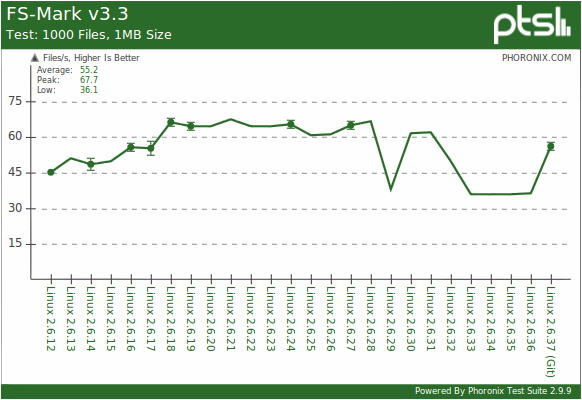 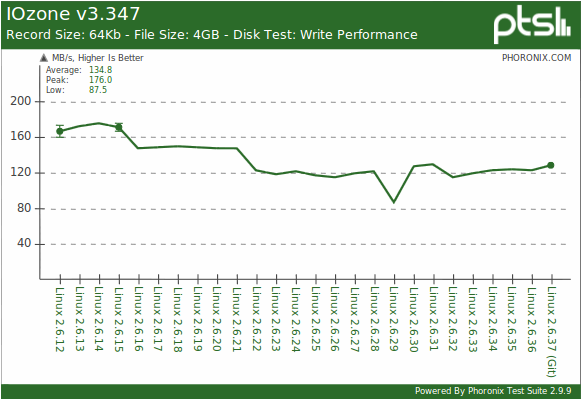 For looking at the EXT3 Linux disk performance when dealing with large file reads and writes we have the reliable IOzone. When using IOzone for a 4GB write with a 64Kb block size, the performance has degraded over time. There are noticeable drops between the Linux 2.6.15 and 2.6.16 kernels, again between Linux 2.6.21 and 2.6.22, and then the most significant one between the 2.6.28 and 2.6.29 kernels. Again though this is something that can be automatically bisected by the Phoronix Test Suite. When running on the Linux 2.6.12 kernel with this EXT3-based virtual machine atop an OCZ Vertex SSD, the write speed was 167MB/s, peaked at 176MB/s with the Linux 2.6.14 kernel, and now with the Linux 2.6.37 kernel it's around 129MB/s. 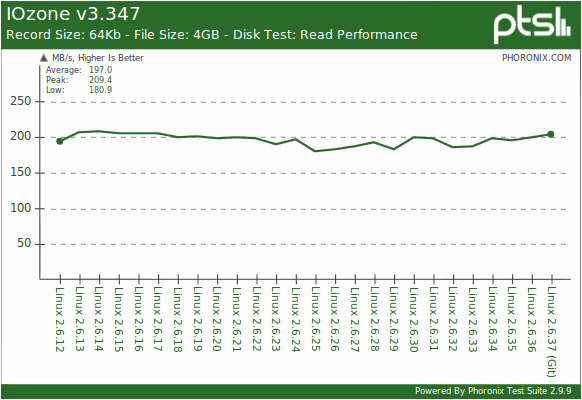