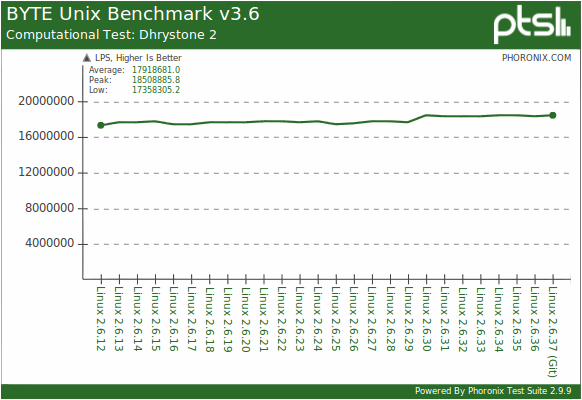 The Dhrystone 2 performance was not interesting in terms of kernel changes causing a performance impact. 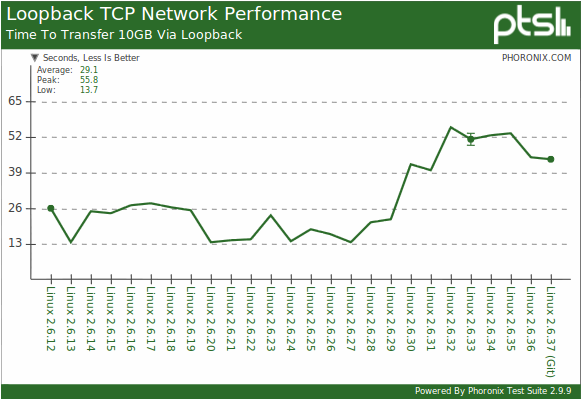 Looking at the time to transfer 10GB via the TCP network loop-back interface was interesting. The performance actually regressed a fair amount within the Linux kernel over the past few releases. Google made some improvements in the Linux 2.6.36 kernel to the networking stack, which may partially attribute the improvement we noted in this release (from 55 seconds down to 44 seconds), but with the Linux 2.6.37 kernel (44 seconds) it's still noticeably behind of where this test was running in the Linux 2.6.12 kernel (26 seconds) and in the Linux 2.6.20 kernel (13 seconds) where it performed the best. 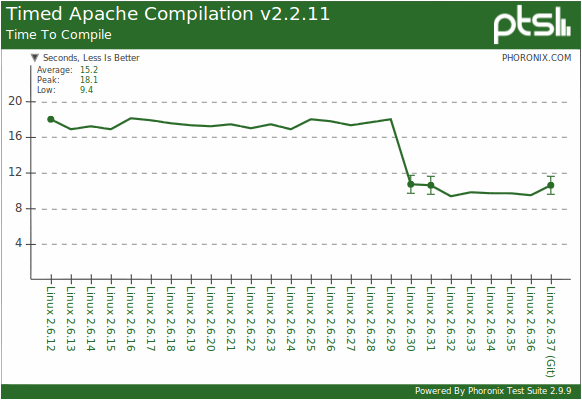 Due to file-system changes or another sub-system, (this is another test where the results will likely be bisected), the time it took to compile Apache dropped along the way and is doing rather well in recent versions of the Linux kernel. 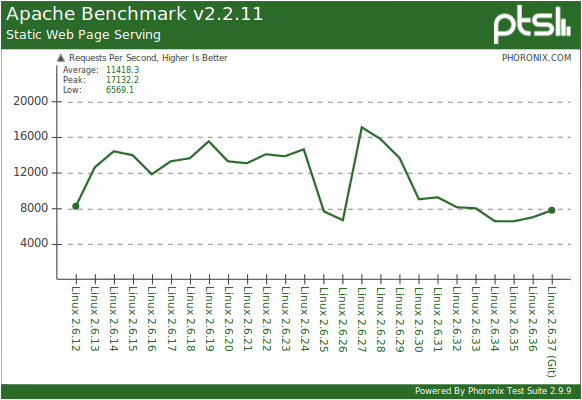