Over the course of five years of Linux kernel development, the Himeno Poisson Pressure Solver application is running 9.5% faster on this virtualized setup running on an Intel Core i7 970. 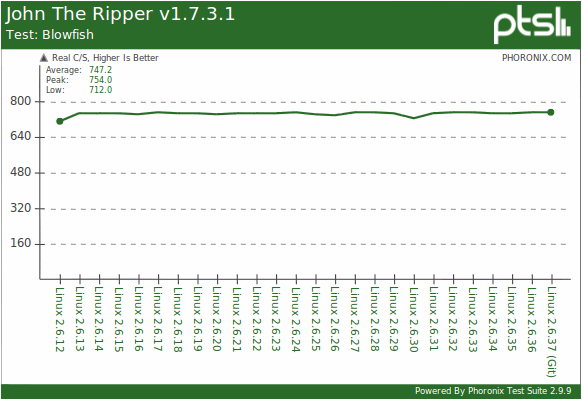 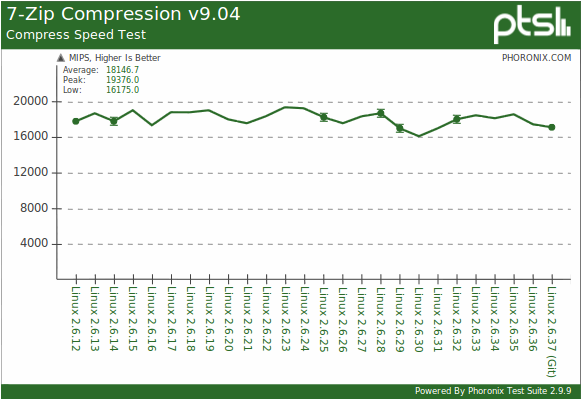 The 7-Zip compression benchmark was particularly volatile to changes in the Linux kernel. With the Linux 2.6.12 kernel 7-Zip reported 17844 MIPS while it peaked in the Linux 2.6.23 release with 19376 MIPS and ended out at 17206 MIPS, with several vicissitudes to its performance along the way.