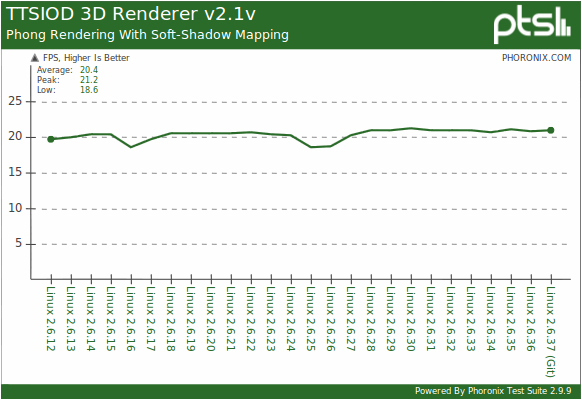 With the TTSIOD 3D renderer, which is entirely CPU-based, the frame-rate only fluctuated by a few FPS with the Linux 2.6.30 kernel being the highest point, but the past seven kernel releases have all been within a one-frame difference. 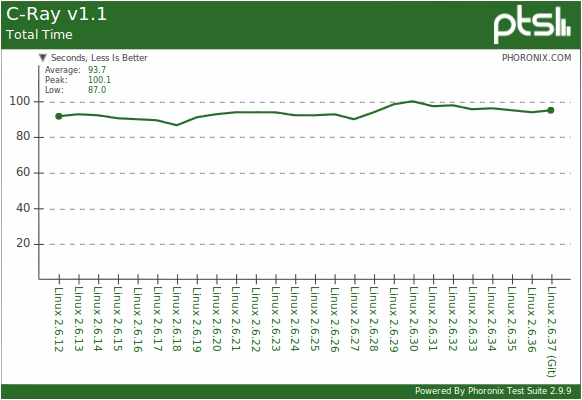 C-Ray, which is an always-interesting multi-threaded ray-tracing test, was somewhat prone to changes in the Linux kernel. The fastest that C-Ray ran over the course of the 26 tested Linux kernels was with Linux 2.6.18 where its time was averaged to 87 seconds while the slowest speed was with the Linux 2.6.30 kernel at 100 seconds. Since the 2.6.30 release, each succeeding kernel release has slowly worked its way to being faster. 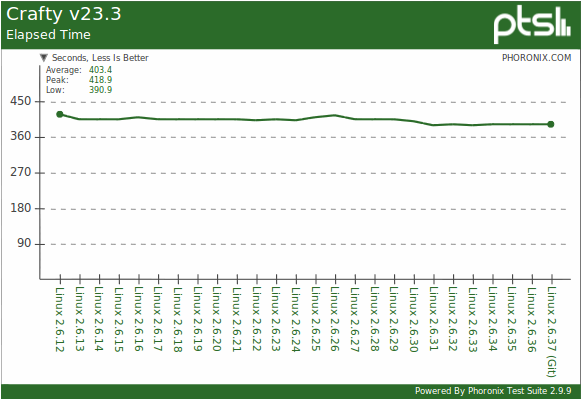 Crafty, an open-source chess engine, has become marginally faster as the Linux kernel has matured. The Linux 2.6.37 kernel Git code is about 6% faster than it was running with the Linux 2.6.12 kernel back in 2005. 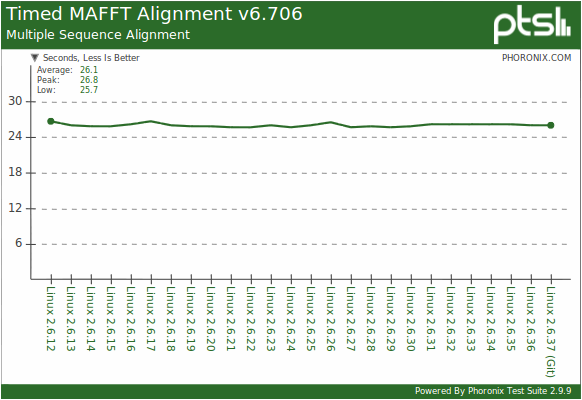 With the MAFFT multiple-sequence alignment test that deals with a molecular biology workload, its performance has been virtually unchanged by the past five years of Linux kernel development.