Plasma 5.5 has landed very quickly for rolling-release distributions, and is being offered in the regular upgrade cycle. Distributions like OpenSUSE Tumbleweed, Arch and KaOS are already offering the latest version, though it may be a bit before they distribute a disc or USB image which doesn't require a post-installation update.

Traditional distributions should expect a slower turnaround with Plasma 5.5 landing in upcoming major releases or backport channels. Kubuntu users may be able to access Plasma 5.5 quickly through the "Continuous Integration" repositories, but this can be an unstable solution and is only recommended if you have the knowledge to reverse the upgrade in the event using these channels eats your desktop. You'll want to refer to your distribution for upgrade paths.

Plasma 4 users needing to move off their discontinued desktops will definitely want to do a "clean upgrade", installing a fresh image over any existing system after backing up data. Users have reported many situations where Plasma 5 has had issues because of leftover Plasma 4 bits and older packages, so I recommend nipping this in the bud and starting clean.

Plasma 5 has had a sordid history with stability, one of the main culprits was distributions shipping newer versions of KDE Frameworks and Plasma Desktop in tandem with old versions of Qt, the underlying toolkit that makes it all work. If you are migrating and will install an entirely new system for personal use you may want to look at a rolling distribution as they tend to keep Qt much more up-to-date, though upcoming releases of traditional distributions are aiming to ship updated versions of Qt which do not cause these problems, so betting on rolling releases may be unnecessary in the short future. As with any significant upgrade the only tried-and-true solution is to test thoroughly before installation. 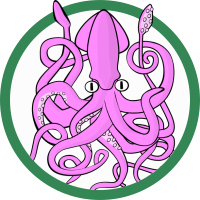 Though not specifically a KDE project, Calamares is a new OS set-up wizard based on Qt which arose from several distributions looking for a pleasant and common installation framework. The KDE community and the VDG have had a heavy influence over its design, and several key members of the team are KDE developers.

Calamares at its base level is as pleasant as the Ubiquity installer, giving you the options you need in a digestible manner. It works well, and I felt right at home using it. Calamares does feel a bit utilitarian, and when compared to the YaST installer or the upcoming Ubuntu Xenial set-up wizards it feels about a generation behind in terms of look and feel. When I compared it to the YaST installer, it was notably easier to use and thoughtfully presented which is more important for a tool you generally only use once.

Plasma 5 is much more dependant on your system's graphics capabilities to perform well and remain stable when compared to Plasma 4, as it always uses OpenGL to render the desktop. If you have poor graphics drivers or an extremely old graphics card you will be due for an update or change. While this may feel like a deal-breaker to some, running on semi-modern graphics will take a great deal of pressure off your CPU resulting in a general performance improvement. Plasma also runs without a fuss on integrated graphics, but there are reports of instability with some specific Intel driver/chip setups.

Plasma 5 will run comfortably on an old dual-core processor and can stretch 512MB of RAM if you only plan to do light word processing and minimal browsing, but I recommend 1GB for traditional desktop workloads and 2GB for heavy multitaskers. On my test machine Plasma Shell consumed 80MB and Kwin took another 25MB after boot, with an overall usage of about 420MB of RAM total including non-KDE system services.

One thing that did shock me was Akonadi, the organiser daemon which helps out with calendars, events, and personal information. While updating another computer I found Akonadi consumes 180MB of RAM on its own, and after I specifically killed it and ensured nothing would activate it again, RAM usage on a fresh boot dropped to just over 250MB for the entire system. Akonadi consumption only gets worse when you realise any application capable of using the service will awaken the entire RAM-sucking beast of burden, which won't dismiss itself while just sitting there chewing on RAM serving no useful purpose. I have no idea why an organiser with no data to organise takes that much RAM, I don't see how it's justified, it's ridiculous, and it needs to be fixed. With all the efficiency strides of the KDE Frameworks and Plasma Desktop in 2015 it's just amateur and embarrassing when things like “birthdays_resource” takes up more RAM than PulseAudio.