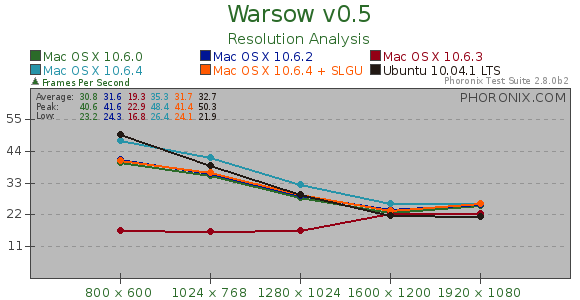 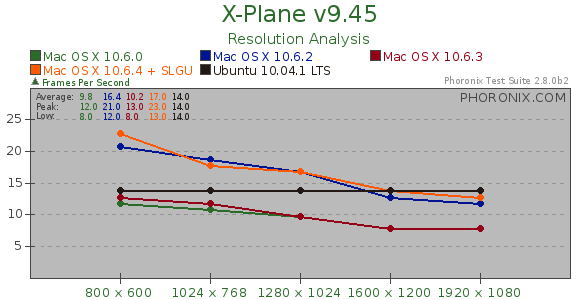 While Apple's Snow Leopard Graphics Update 1.0 has widely been reported to improve the OpenGL frame-rate performance and image quality in Valve's Mac OS X titles and other applications, the improvements aren't throughout every OpenGL environment as shown by today's numbers with the SLGU actually resulting in the performance being degraded with Warsow and no performance changes in some of the other tests. Mac OS X 10.6 still has room to improve their OpenGL performance too as shown with the Nexuiz and Urban Terror games with Ubuntu 10.04.1 LTS using NVIDIA's official Linux driver resulting in higher frame-rates. There is also still the Apple bug of the OpenGL performance suffering in some environments when running at the non-native resolution of their display server. We will check back to see how the OpenGL performance is when Mac OS X 10.6.5 is released and/or when the next Snow Leopard Graphics Update is available.