Written by Michael Larabel in Operating Systems on 6 December 2010. Page 7 of 7. 9 Comments 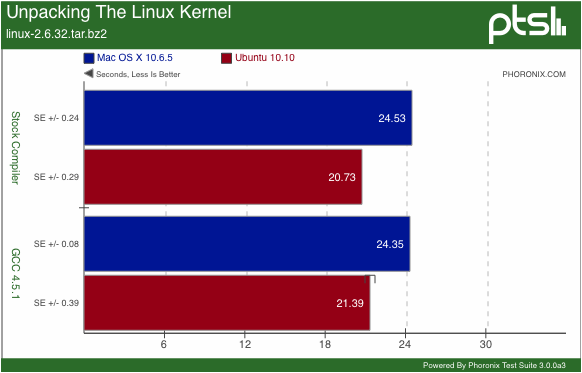 Ubuntu 10.10 was also faster than Mac OS X 10.6.5 at the very simple test of timing how long it takes to extract the Linux kernel source-code package. These disk results though are not too surprising since they concur with our EXT4 vs. Journaled HFS+ file-system benchmarks from past articles. 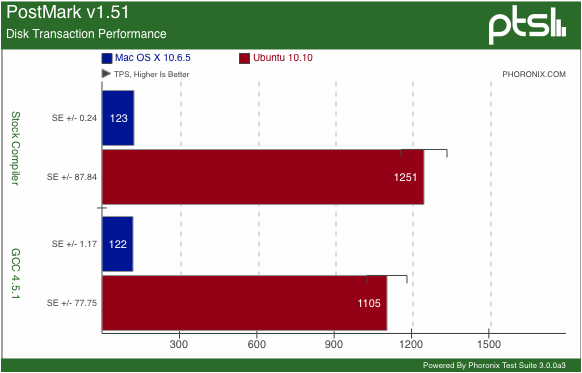 Ubuntu and EXT4 really destroy Mac OS X and Journaled HFS+ when it comes to the PostMark benchmark where it is nearly ten times faster. 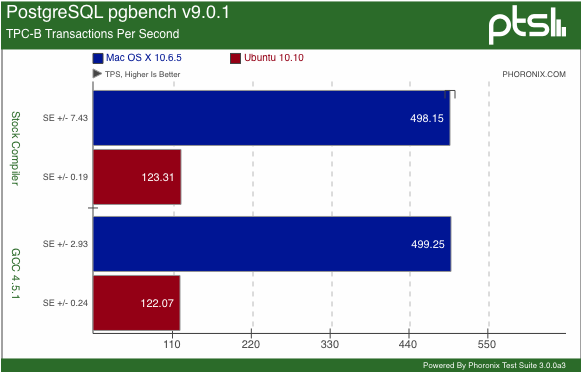 Mac OS X managed to pull a lead over Ubuntu 10.10 with a disk/file-system test when it came to running the PostgreSQL server where it was about four times faster than the Linux operating system. 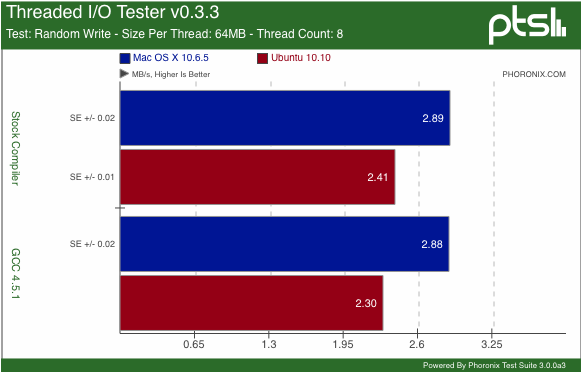 From the 24 tests shown via the Phoronix Test Suite, Ubuntu 10.10 ruled when it came to the OpenGL performance, it was mixed between the two operating systems when looking at the OpenCL computational performance, and with the CPU-bound tests it was often mixed as to whether Mac OS X or Ubuntu was superior, but it seemed Ubuntu did do better when it came to more of the multi-threaded benchmarks. Mac OS X conquered Ubuntu when it came to the PostgreSQL and random write disk performance on its Journaled HFS+ file-system, but in the other disk tests EXT4 on Ubuntu came in first. In few tests did using the self-hosted GCC 4.5.1 release on each operating system vastly change the outcome.

Next up we will be looking at the encrypted disk options and ultimately its performance for each of the operating systems (Apple's FileVault vs. home directory enCryptFS encryption on Ubuntu), along other future articles.