Written by Michael Larabel in Operating Systems on 6 December 2010. Page 6 of 7. 9 Comments 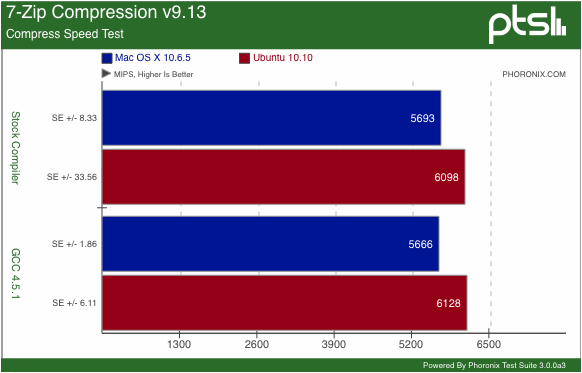 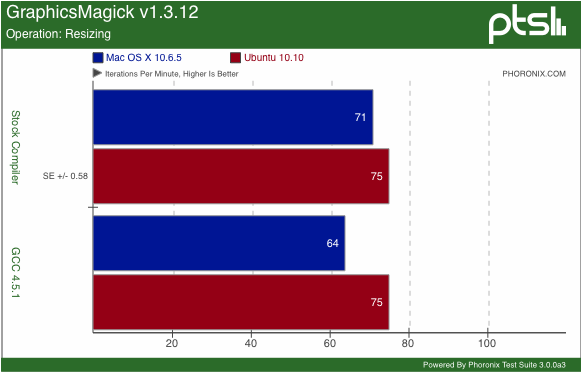 When both operating systems were using their stock compilers, Ubuntu 10.10 was faster than Mac OS X 10.6.5 but by about 5% with GraphicsMagick's resizing task. When both releases were using GCC 4.5.1, the Mac OS X performance dropped while the Ubuntu performance remained the same, which led to a 17% performance difference. 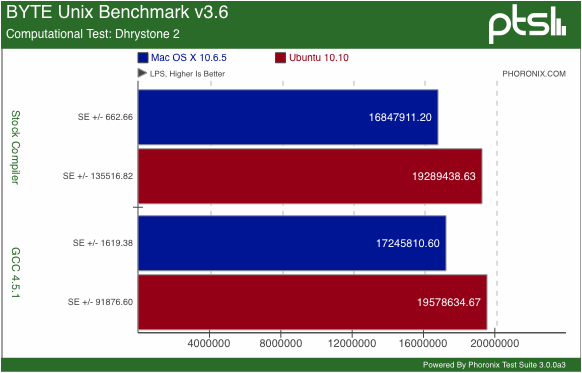 The Dhrystone 2 performance in BYTE also favored Ubuntu 10.10 over the Steve Jobs OS. 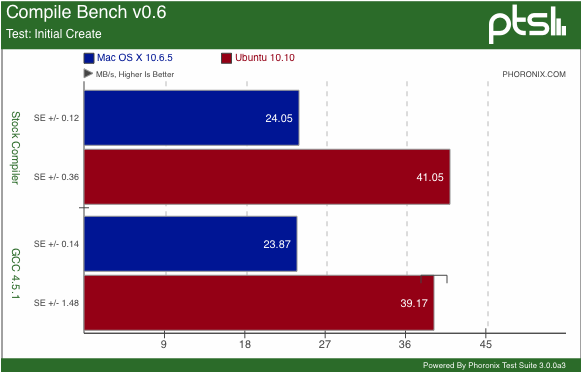 When turning to the disk benchmarks under Linux and Mac OS X, Ubuntu 10.10 with EXT4 was nearly twice as fast as Mac OS X 10.6.5 with the Journaled HFS+ file-system when looking at the initial create workload from Compile Bench.