Written by Michael Larabel in Operating Systems on 6 December 2010. Page 5 of 7. 9 Comments

When looking at the MAFFT molecular biology performance under the Apple and Canonical operating systems, Ubuntu had the slight advantage when comparing each operating system's stock compiler, but when both were using the same GCC version, the results contracted slightly. 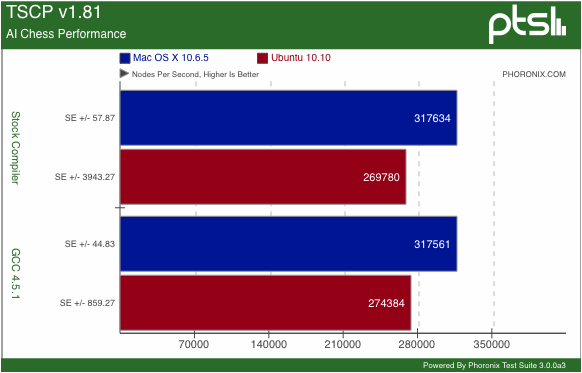 With TSCP, Mac OS X was about 16% faster than Ubuntu when both were running on this Core i5 Mac Book Pro. 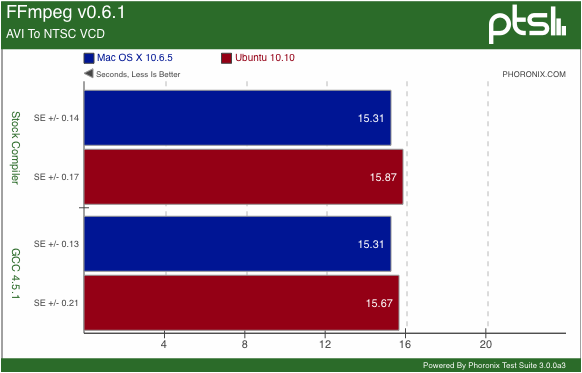 Mac OS X 10.6.5 was slightly faster than Ubuntu 10.10 with FFmpeg, but the difference was miniscule. 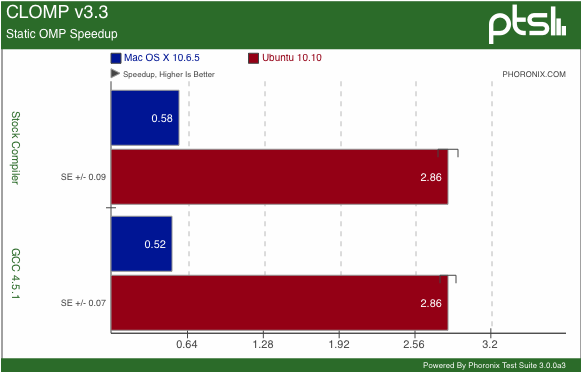 When using the CLOMP test profile to look at the static OpenMP speed-up, Ubuntu Linux is able to scale much more efficiently to the available Intel Core i5 cores than does Mac OS X.