Written by Michael Larabel in Operating Systems on 6 December 2010. Page 4 of 7. 9 Comments 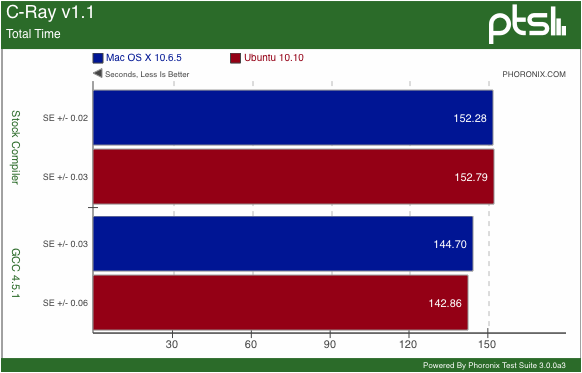 The C-Ray ray-tracing performance was the same regardless of operating system and whether using the stock compiler or when each OS was using its self-hosting GCC 4.5.1 build. 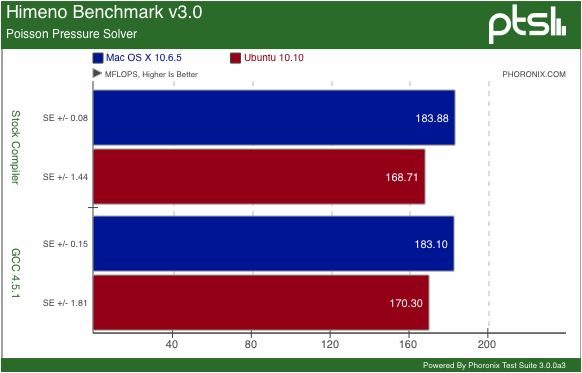 Mac OS X 10.6.5 was faster than Ubuntu 10.10 when running the Himeno Poisson Pressure Solver, even when both operating systems were testing the Himeno build that was made by GCC 4.5.1. 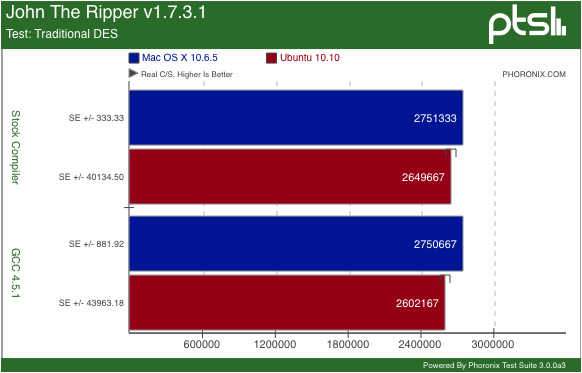 John The Ripper was also faster under Mac OS X when measuring the traditional DES performance, but by a smaller percent. Changing to the same GCC 4.5.1 release did not change the outcome. 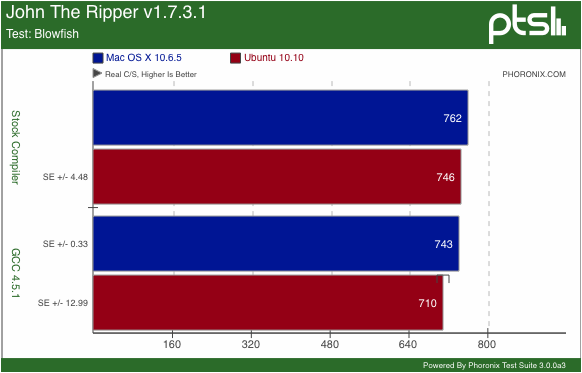 The Blowfish performance in John The Ripper was minimally faster under Mac OS X.