Written by Michael Larabel in Operating Systems on 6 December 2010. Page 3 of 7. 9 Comments 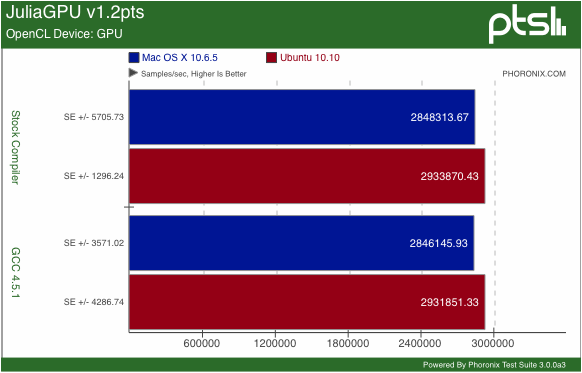 With JuliaGPU exploiting the CUDA capabilities of the GeForce GT 330M, Ubuntu 10.10 was slightly faster than Mac OS X 10.6.5, but by only about 3%. 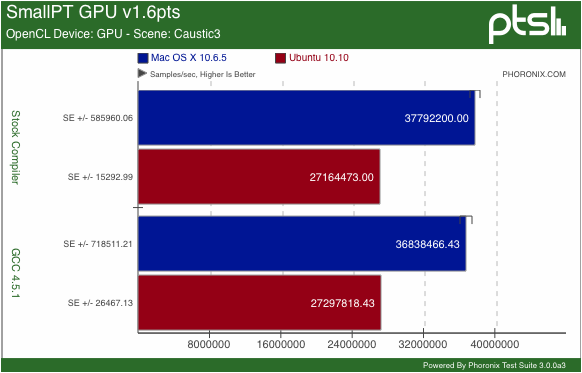 As the first win for Apple's Snow Leopard operating system on their newest Mac Book Pro, the Caustic 3 scene within the SmallPT GPU benchmark heavily favored the OpenCL implementation on Mac OS X. Mac OS X was faster than Ubuntu 10.10 by about 40%. 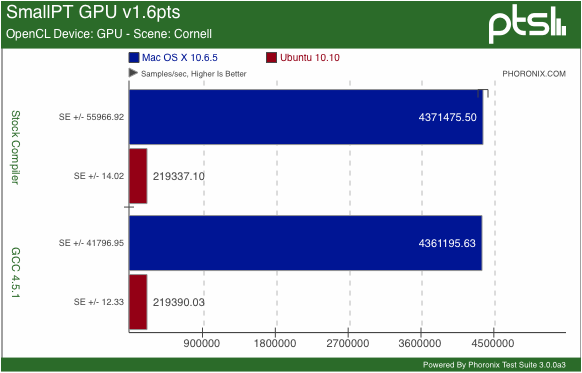 The Cornell scene within SmallPT GPU heavily favored the OpenCL stack under Mac OS X rather than Ubuntu with NVIDIA's OpenCL support. 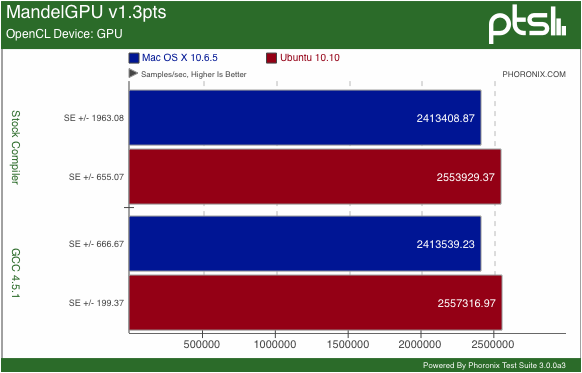