Written by Michael Larabel in Operating Systems on 4 July 2011. Page 2 of 3. 6 Comments 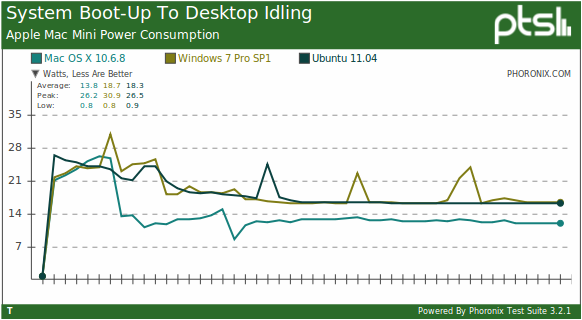 To much not surprise at all, the Mac Mini with Intel Core 2 Duo CPU and NVIDIA GeForce 9400 graphics had consumed the least amount of power when running Mac OS X. With Apple having full control over the hardware and software, it's not too surprising that Apple's own operating system had a definite advantage. When the system was fully booted and idling, Mac OS X 10.6.8 was going through nearly 30% less power than Ubuntu and Windows, which were comparable in terms of desktop power usage. 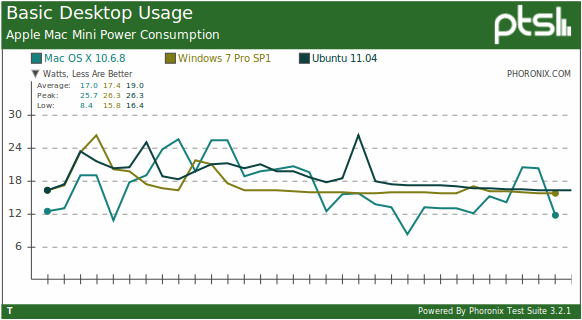 For light desktop usage from the Mac Mini, the Windows 7 Pro SP1 numbers were close to Mac OS X 10.6.8 and its aggressive power management. Falling behind here was Ubuntu 11.04 with it going through about 10% more power.