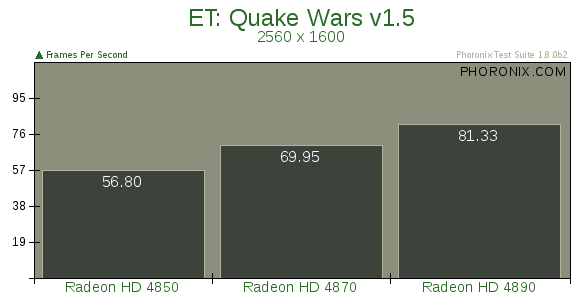 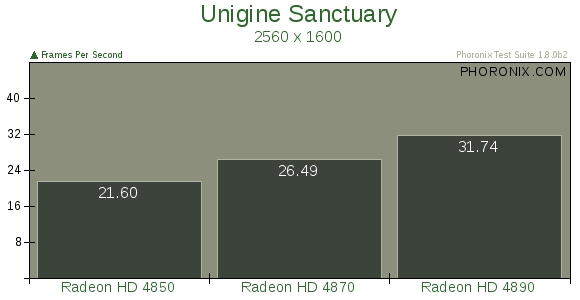 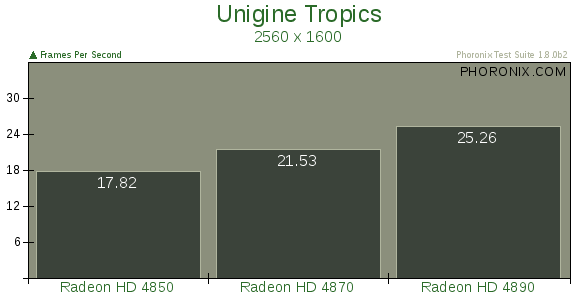 While Unigine Sanctuary is a great test with impressive graphics, Unigine Tropics is even more stunning. Unigine Tropics really sets a Linux OpenGL precedent for being beautiful and capable of torturing the graphics card. The Radeon HD 4890 was 17% faster than the Radeon HD 4870, but even with all of the power the RV790 provides, the frame-rate with Unigine Tropics was less than 30 frames per second.